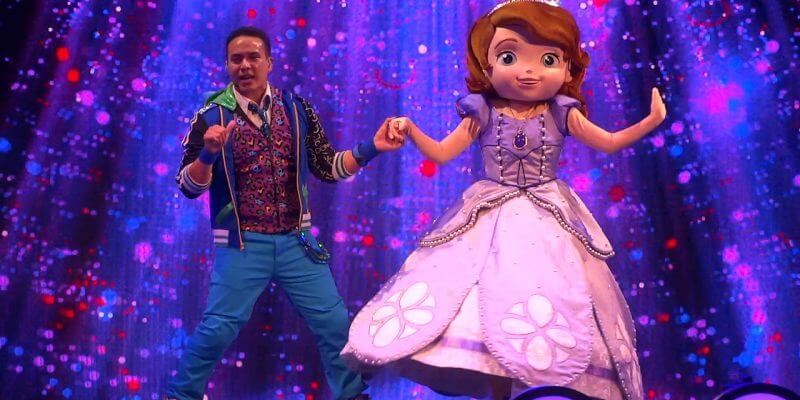 This weekend at Disneyland‘s sister theme park Disney California Adventure in Anaheim, California, a new musical show entitled “Disney Junior Dance Party” is making its debut. The performance encourages kids of all ages to get up and dance with Disney Junior characters including Sofia the First, Doc McStuffins, Timon from “Lion Guard,” and even Mickey and Minnie Mouse.

Comments Off on VIDEO: New “Disney Junior Dance Party” show debuts with rockin’ fun for kids of all ages at Disneyland Resort