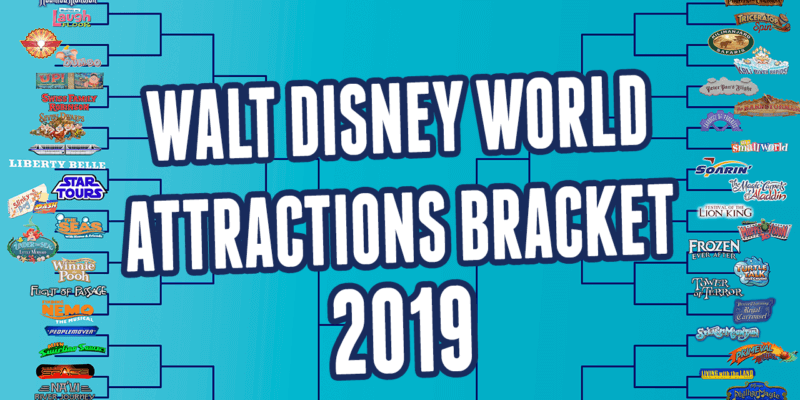 The Disney World Attraction Bracket is back for 2019! The top 64 attractions at Walt Disney World are facing off in the ultimate community voting championship!

Hosted by friend of the site, Disney Dan, each day a new round of voting drops on his Twitter!

ROUND 2 IS LIVE! COME VOTE NOW! 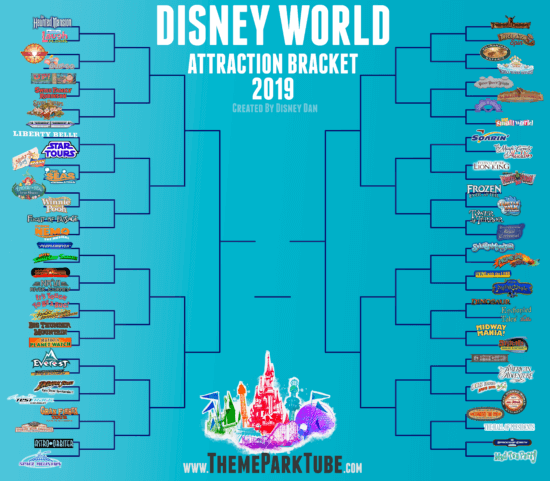 Here is the bracket for you to fill out on your own, but make sure to scroll down to vote on the community bracket on Disney Dan’s twitter page!

Last year the bracket was dominated by the Haunted Mansion after a very tense show off against Pirates of the Caribbean!

But which attraction will be the champ this year? Will new contenders like the “Slinky Dog Dash” or the “Up! Bird Show” throw a wrench into the match ups, or will the old classics like Splash Mountain and People Mover continue to plow through the competition?

Each day Disney Dan will be dropping a new round of the Walt Disney World Attractions Bracket on his Twitter, with a poll you can vote in for each individual round.

Bracket Round 2.1 – One Little Ghost

And while you’re on Twitter make sure to swing by Inside The Magic’s page and give us a follow! ?