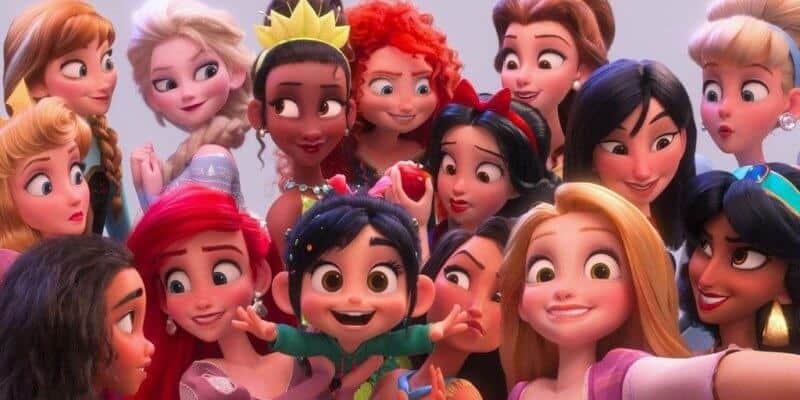 One of the most memorable scenes from Disney’s animated “Ralph Breaks the Internet” film was when all of the Disney Princesses came together in a never-before-seen animated collection of Disney’s most celebrated heroines, and this has since inspired the film’s director for a possible spin-off including all of them.

The highly talked about scene from the film takes place when Vanellope is on her adventure to secure a new steering wheel for her broken Sugar Rush arcade game and she stumbles into a bedroom containing all fourteen of the original Disney Princesses. And this magical moment has gotten Disney fans dreaming of another film with a similar storyline, which has prompted the film’s directors to talk about some enchanting possibilities.

In a recent interview with A.V. Club, the film’s directors, Rich Moore and Phil Johnston, agreed that creating a mash-up movie featuring all of these iconic characters would be a good idea.

“When you’re in Stockholm, and they’re saying like, ‘Have you considered doing a movie just about the Princesses?’ I think it’s an idea worth exploring because everywhere we go, we hear that response. ‘Oh my God, I love the Princesses like that,’” said Moore. “Not just the scene meeting Vanellope and talking about what it means to be a princess, but then to see them in action — it does feel like there’s something to that — that people are finally seeing the Princesses do what you’ve always believed they could do, but you’ve never seen it before.”

However, Moore did report Disney has not announced any plans yet. “I don’t know if there’s any conversations going on here seriously about [a spinoff], but we’ve definitely heard a lot of [positive response from the fans],” said Moore. “The fans are off the charts with the ideas that are out there.” As for the future of this possible project, it is currently unknown. But how great would it be to see all the Disney Princesses together again, like the Avengers or something similar?

What are your thoughts on Disney doing a spin-off movie featuring all of the Disney Princesses together? Let us know in the comments below!