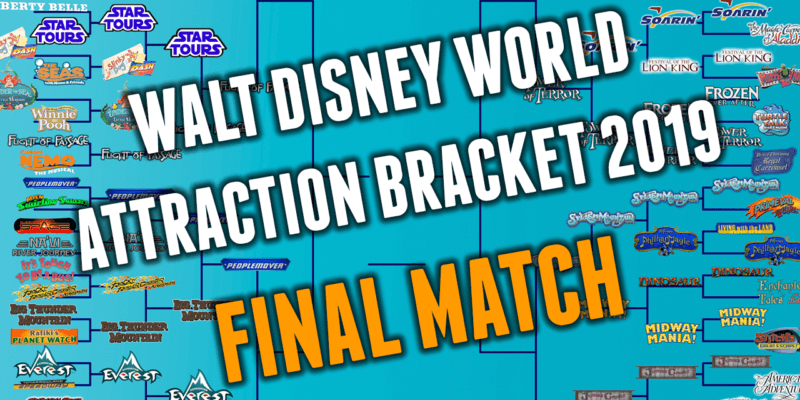 After a long battle, the Walt Disney World Attraction Bracket 2019 is down to the final two… Haunted Mansion vs. Splash Mountain. It’s now your turn to vote on who will win! Visit Disney Dan’s Twitter Profile to cast your vote now! 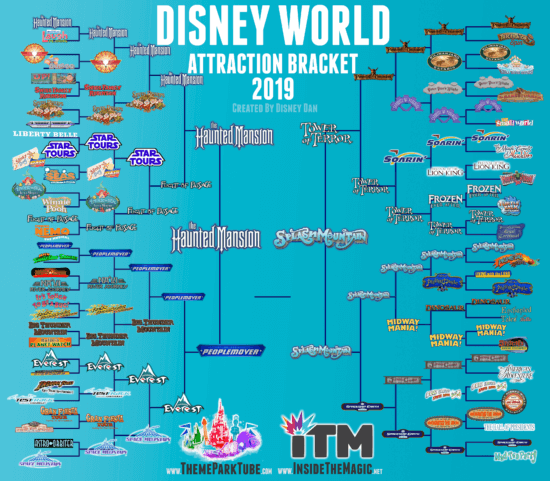 64 attractions entered this epic battle, and many fan favorites were peeled away, including new attractions like Slinky Dog Dash & Flight of Passage. It seems that nostalgia has overcome the latest technology, fancy 3D effects and popular IP to leave behind true classics and staples of the Disney World Resort.

Check out the previous rounds here!

If you want to fill out your own bracket, head here to find the original blank one!

Make sure you head over to Disney Dan’s Twitter page to vote on the final show down!

Happy Haunts In A Laughing Place

If you want to fill out your own bracket, head here to find the original blank one!