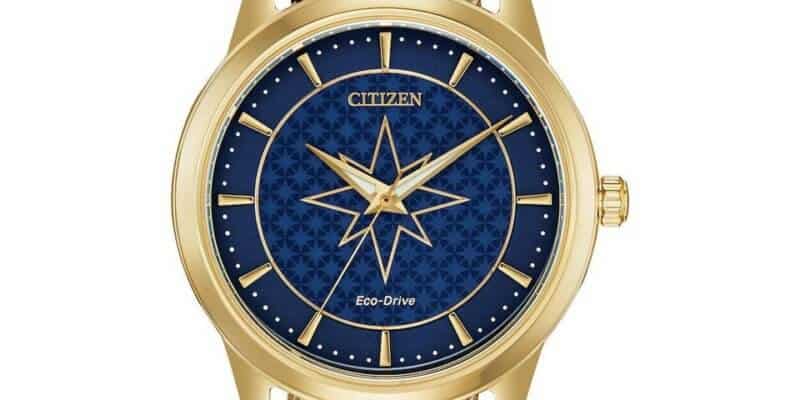 It’s finally time to head to theaters to see “Captain Marvel,” which officially opens on March 8, and in honor of the occasion, Citizen unveiled three new watches inspired by the superhero.

This first version features a silver-tone dial with the Captain Marvel logo and gold accents, plus a navy blue silicone strap ($275). Get it here.

This showstopping version features a blue dial with the Captain Marvel logo and Swarovski crystals, as well as a classic stainless steel band ($350). Get it here.

And finally, this third option may be our favorite. It features a blue dial with the Captain Marvel logo and a gold-tone mesh stainless steel band ($375). Get it here.

All three watches are part of Citizen’s Eco-Drive models, which are powered primarily by light. Not only is a light-powered watch better for the environment because it reduces battery waste, but it also sounds like technology straight out of the Marvel universe. We think Captain Marvel would approve.

Pick up one of these new Captain Marvel watches now on the Inside the Magic Store and catch “Captain Marvel” in theaters starting March 8.