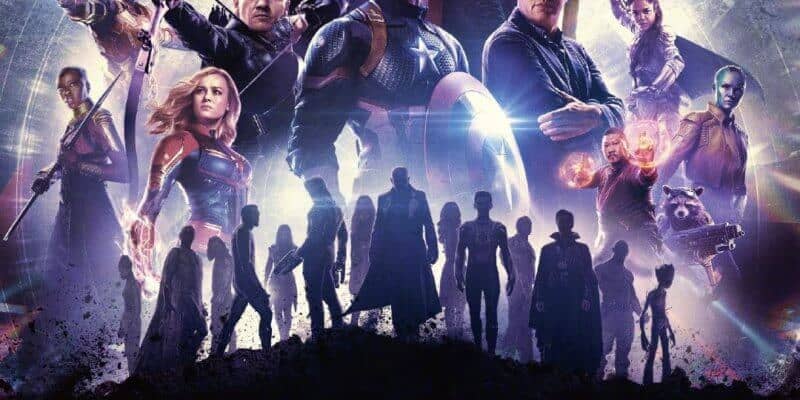 “Avengers: Endgame” is less than a month away from arriving in theaters and each new trailer and poster keeps building excitement all over the world. This week, Disney’s marketing president shared the Chinese movie poster, which features almost every character (living and dead) from the upcoming movie.

The characters left behind after Thanos’ snap in “Avengers: Infinity War” pull much of the focus on this poster, with Thanos himself looming large in the background. Beneath the living characters, most of the characters who died in “Infinity War” (aka The Fallen) appear in near darkness.

This concept is similar to the recent character posters, which highlighted each individual from “Avengers: Endgame” with the tagline “Avenge The Fallen.” The living characters were presented in full color, while fallen characters were in black-and-white. We loved those posters, but there’s something about seeing almost everyone together in one haunting image that really builds the hype for the new movie.

One thing to note on this new poster: the Wasp and Loki seem to be missing from The Fallen, though they did have their own character posters.

“Avengers: Endgame” arrives in theaters on April 26, and tickets are expected to go on sale soon.

Comments Off on “Avengers: Endgame” characters are haunted by The Fallen on this new poster