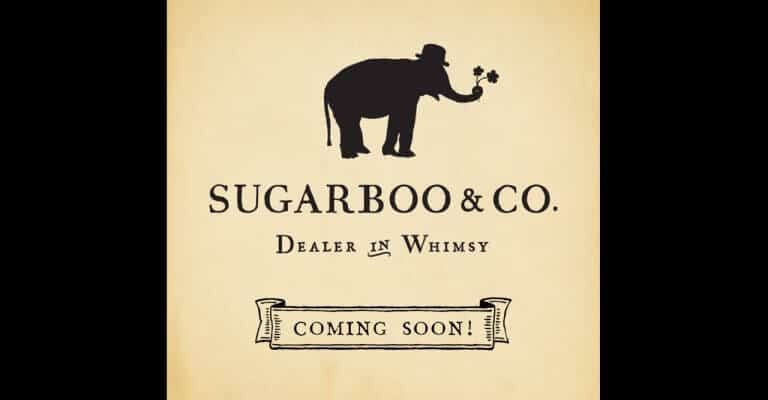 Downtown Disney’s west end is finally getting the tune-up it deserves. Disney just announced the whimsical retail shop Sugarboo & Co. will be coming soon to the west end of Downtown Disney at Disneyland Resort, and fans of the west coast theme parks will be happy to see the area getting some much-needed TLC.

Sugarboo & Co is a family-owned boutique known for its whimsical and unique designs. The store was founded in 2005 by artist Rebecca Puig. Alongside her husband, Rick, Puig created Sugarboo & Co. with the inspiration to create products and designs inspired by the ones they love, including their two children. The store carries beautiful gifts, housewares, and art pieces perfect for those who want to add a touch of magic to their everyday lives and homes.

If you’re a frequent visitor of Walt Disney World in Orlando, you may know of Sugarboo & Co. from their location at Disney Springs. We’re so happy to have the store arrive soon at Downtown Disney, where they will open their first storefront in California.

“My inspirations are my family, nature, animals, old things, children’s art and folk art. I love juxtaposing old and new, light and dark, serious with fluff and anything with a message,” Puig shared with Disney.“The Downtown Disney District will be our premier location in California. Our store at Disney Springs has received a warm welcome from travelers visiting Orlando near and far, and we’re excited to bring Sugarboo & Co. to the Disneyland Resort in Anaheim. Our mission is that each Sugarboo piece we send into the world will add a little good!”

Sugarboo & Co. is set to open at Downtown Disney’s west end this Spring at Disneyland Resort.

What do you think of Disney’s efforts to transform Downtown Disney at Disneyland Resort? Share your thoughts with us!