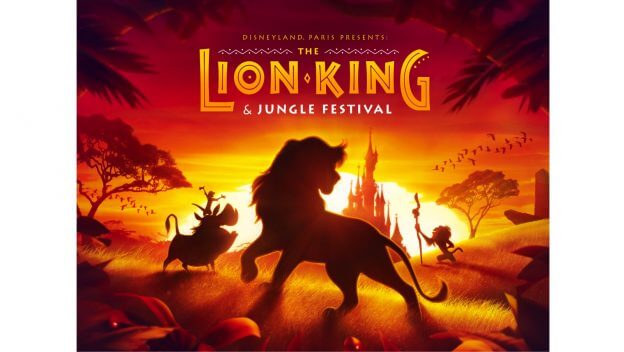 We’ve been looking forward to more details on The Lion King & Jungle Festival at Disneyland Paris since it was first announced in the fall, and now we know it officially kicks off on June 30, 2019!

From June 30 – September 22, The Lion King & Jungle Festival celebrates two beloved Disney classics: “The Lion King” and “The Jungle Book.” Featuring two shows, a new village, and themed merchandise, this limited-time festival brings these movies to life like never before.

In “The Lion King: Rhythms of the Pride Lands,” singers, dancers, acrobats, and more recreate scenes from the animated classic. The show features renditions of fan-favorite songs such as “Circle of Life,” Can You Feel the Love Tonight,” “I Just Can’t Wait to Be King,” and “Hakuna Matata,” with original choreography and costume design. On the weekends, the show will also be interpreted in French sign language.

The festival continues with “The Jungle Book Jive,” featuring Baloo, King Louie, Mickey Mouse, and friends. “The show will proceed from every side of Disneyland Park, culminating in Disney classic songs such as “The Bare Necessities” and “I Wan’na Be Like You” for a swinging good time!” says Disney.

In addition, a new “Djembe Joy” village offers immersive and interactive experiences themed to these two classic movies. Rafiki and King Louie will make appearances, and a few other surprises are in store. Over in Adventureland, Timon and Pumbaa will teach guests their laid-back philosophy by dancing to Timon’s “MataDance.”

The Lion King & Jungle Festival takes place from June 30 to September 22, 2019, at Disneyland Paris. For more information on the parks, head over to the official website.