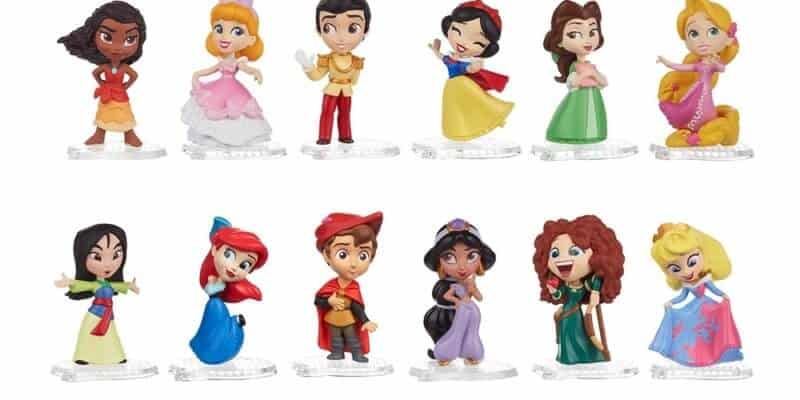 Toy Fair 2019 takes place from February 16 – 19 in New York City, which means it’s time for lots of fun new toy and collectible reveals. This week, Hasbro unveiled their new line of Disney Princess Comic Minis and we can’t wait to collect them all.

The popularity of Disney Princesses only seems to grow each year, and in 2018, we got to see all the princesses together on the big screen for “Ralph Breaks the Internet.” That movie inspired a line of comfy Disney Princess attire, just like the outfits our royal favorites sported in the film.

Coming up this year, Jasmine will once again be on the big screen thanks to Disney’s live-action “Aladdin.” Naomi Scott brings the character to life in the new movie, which opens in theaters on May 24, 2019.

There will be plenty more coverage in the coming weeks from Toy Fair 2019, as Inside the Magic will be in attendance to bring you the scoop on the season’s exciting new collectibles, toys, and other merchandise. Be sure to check back soon! You can find our coverage from last year’s event here.

Which of the new Disney Princess Comic Minis are you most excited to collect? Share your favorites in the comments below!