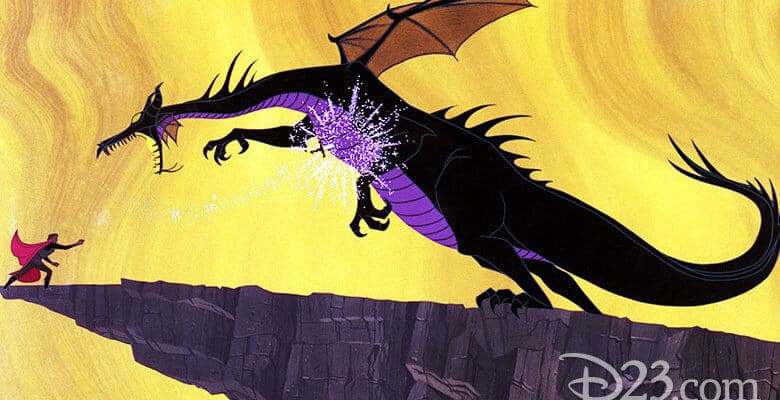 It’s been 60 years since our favorite sleepy princes debuted in theaters. What better way to celebrate “Sleeping Beauty” than by sharing the artwork and production that brought Princess Aurora from once upon a dream to reality?

The artwork from the “Sleeping Beauty” film is iconic and recognizable for the unique details and techniques used in the production of the film. And, according to D23, this was intentional. In the beginning stages of the production of “Sleeping Beauty,” Walt Disney told sequence director Eric Larson, “What we want out of this is a moving illustration. I don’t care how long it takes.”

By this, Disney meant that he wanted painter Eyvind Earle to style “Sleeping Beauty,” and he got his wish. Earle was hired as a background painter at Walt Disney Animation Studios in 1951 after applying for a job at the company for nearly 20 years. Little did he know that he would work on one of the most artistically influential animated films.

Earle is known for his distinct artistic style, and it resonates through the scenes of “Sleeping Beauty.” His work was influenced by the styles of Northern European artists who didn’t follow the rules of perspective and instead saw and depicted the world in a different way. Earle experimented with color in his artwork, and this gives “Sleeping Beauty” more of a fantasy-like feel than Disney’s animated films that came before it. You can see Earle’s influence in the soft hues of Aurora’s dress, Maleficent’s green and yellow flames, and the lapis lazuli blue hues that are present in several scenes throughout the film.

Now six decades since the premiere of “Sleeping Beauty,” the film remains a landmark in animation for its singular designs and animation. Even new generations of artists at Disney and Pixar say they were influenced by the styles of animation in “Sleeping Beauty.” Directors of “Frozen” and “Up” say that the background colors and styles in their films are influenced by Earle’s style and his use of color and light. And by the looks of it, Earle’s animation legacy will live on for years to come.

Take a look at some of the artwork below! 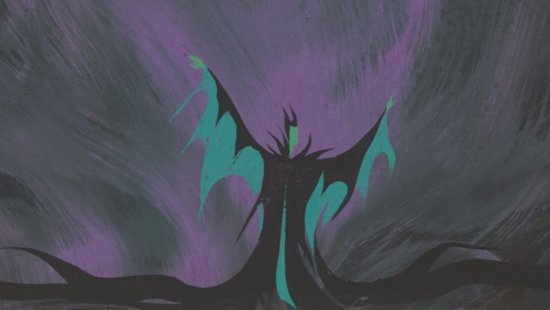 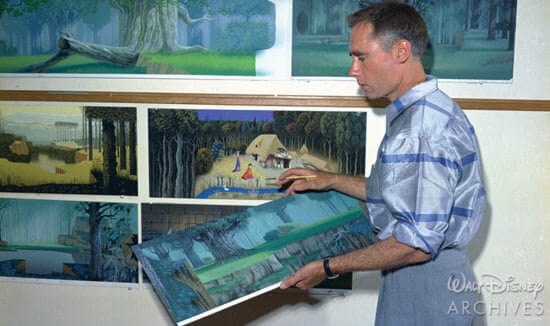 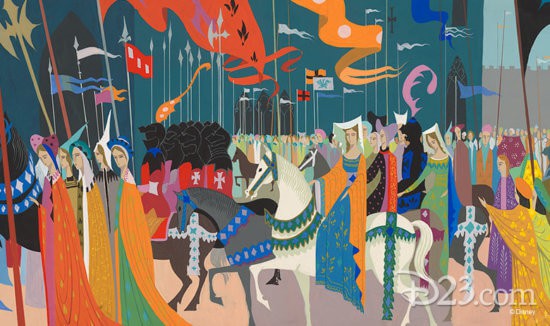 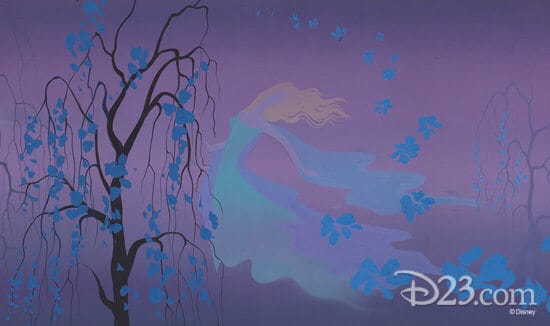 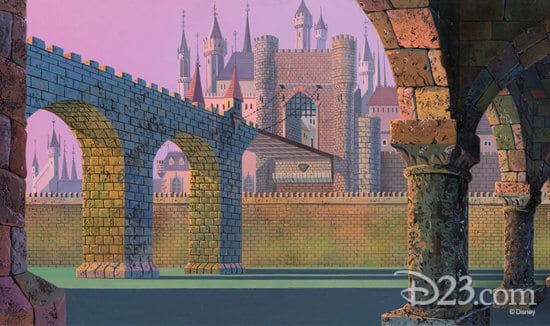 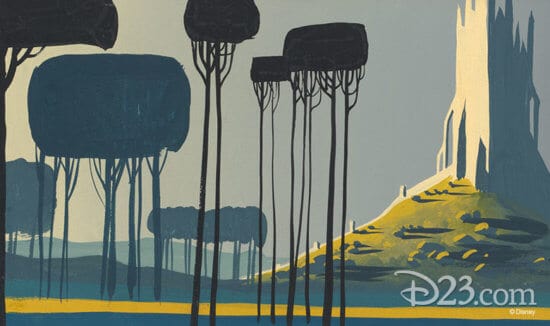 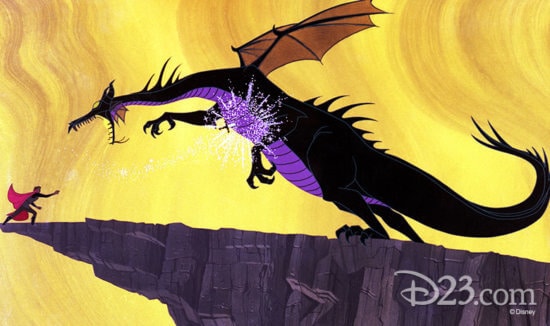 What’s your favorite Disney animated classic? Let us know in the comments!