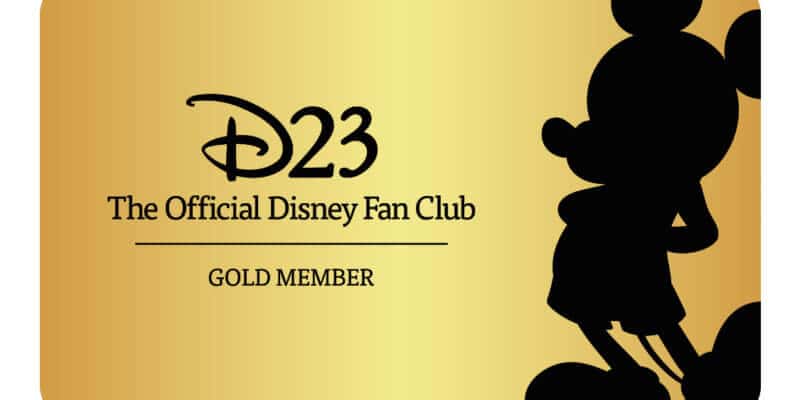 Beginning January 1, 2019, D23 has raised membership fees for Gold, and Gold Family memberships. The price increase is the first time the official fan club has raised its membership prices since it first began back in 2009.

In an email to members of the official fan club of The Walt Disney Company, Michael Vargo, Vice President of D23 The Official Disney Fan Club, Corp Special Events, Creative Resources & The WD Archives, revealed the news. “For the first time since D23 launched in 2009, we will be raising the price of our annual membership. I wanted to personally let you know, as the change is effective starting today, January 1. We will be sending out a separate email with more pricing details shortly. Again, I want to thank you for sharing your love of Disney with us, and we look forward to seeing you during our 10th anniversary festivities. It’s going to be D23’s best year yet!,” said Vargo in the D23 email.

The news of the membership price increase comes following recently released details of a new membership gift of a 10th anniversary pin set commemorating Disney milestones. Some of which, includes pins themed after “The Skeleton Dance” and Disney/Pixar’s “Up.”

The set was designed by Disney artist Ricky De Los Angeles and is presented in a D23-embossed tin (pictured below). 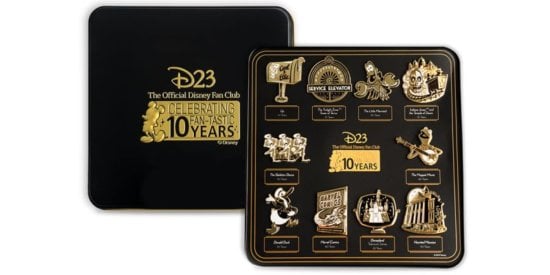 This special pin collection will be sent to those who join or renew their D23 Gold Membership in 2019. Membership includes the special gift, D23’s quarterly publication, access to exclusive D23 events for you and a guest, discounts, and more. Gold Family members enjoy the same benefits but may bring up to three guests to D23 events.

As part of D23 celebrating its 10th anniversary, the fan club is getting ready to celebrate the milestone with many special celebrations, and according to Vargo, this year is “going to be D23’s best year yet!” As part of these celebrations, in a recent e-mail to members, Vargo said that the company will be “mailing 10,000 complimentary Disney movie passes to randomly selected D23 Gold Members.”