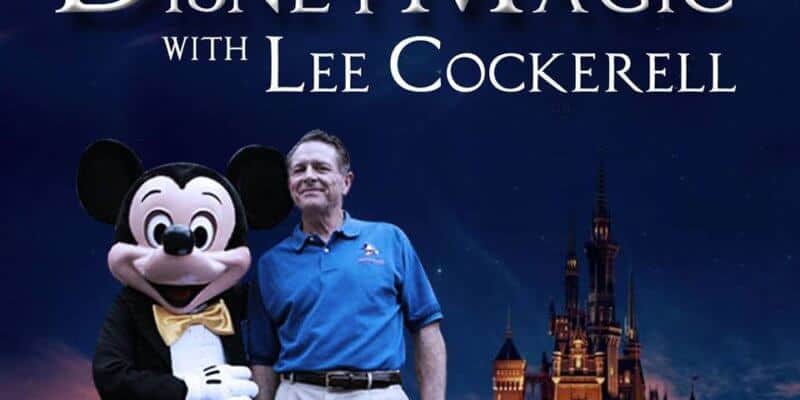 We are excited to congratulate Inna T as the winner of our giveaway. If you did not win and would still like to attend there are still a few tickets left which you can purchase here.

Inside the Magic is back with another awesome giveaway for our lucky readers! This time, we’re partnering with the amazing organization Give Kids the World to give away four general admission tickets to an evening with former Walt Disney World executive Lee Cockerell.

On January 17 from 7-9 p.m. in Kissimmee, FL, Give Kids the World will host An Evening with Lee Cockerell, a renowned author and former Executive Vice President of Operations of Walt Disney World. Cockerell will share stories about his time at the Walt Disney Company and give insights on what makes a great leader.

If you aren’t selected to be a winner of our ticket giveaway but you are still interested in attending the event, you can purchase tickets here. All proceeds from ticket sales go toward Give Kids the World, a program that provides cost-free magical vacations to children with critical illnesses and their families. If you are unable to attend the event but you are still interested in donating to Give Kids the World, you can check out the organization’s donation page here.

Lee Cockerell held his position as the Executive Vice President of Operations for Walt Disney World Resort for 10 years before he retired. During his time at the Walt Disney Company, his responsibilities encompassed a diverse mix of operations, including overseeing 20 resort hotels with over 24,000 guest rooms, the four Walt Disney World theme parks, two water parks, five gold courses, a shopping and entertainment complex, and ESPN Sports Complex, and the ancillary operations support functions. Cockerell currently dedicates himself to sharing his service and leadership insights in the form of public speaking events, workshops, and books. You can read more about Cockerell and his work here.

About Give Kids the World

Give Kids the World Village is an 84-acre nonprofit resort in Central Florida that provides weeklong, cost-free vacations to children with critical illnesses and their families. The Village and its community partners provide children and their families accommodations in fully-furnished villas, transportation, tickets to theme parks, meals, daily entertainment, and much more. The organization has continued to provide critically ill children and their families with their dream vacations for decades, and events such as An Evening with Lee Cockerell allow the organization to bring people together and spread the word. Since 1986, more than 165,000 children and families have had their dreams fulfilled at Give Kids the World Village. For more information on the organization, visit the official website here.

Enter our giveaway with Give Kids the World below!