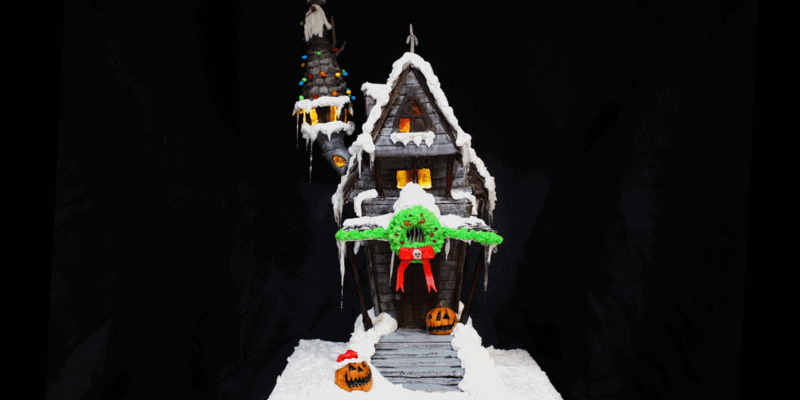 During the holiday season, there are some pretty incredible gingerbread houses to see throughout Disney Parks. However, this Nightmare Before Christmas gingerbread house created by Syfy writer Tye Rannosaurus may just be the most impressive one we’ve ever seen.

Built for the Syfy Fanngrls Genrebread Contest, which features sci-fi, horror, and fantasy-themed gingerbread, this Nightmare Before Christmas house is based on Jack Skellington’s house from the 1993 movie. With amazingly thoughtful detailing, from the tiles that look like real wood to the adorably weathered pumpkins, the house is a perfect homage to “The Nightmare Before Christmas.” It’s also almost entirely edible, of course, but it may be too cool to eat.

For reference, here’s a model of what Jack Skellington’s house looks like followed by the gingerbread house. We’d say this baker definitely nailed it. 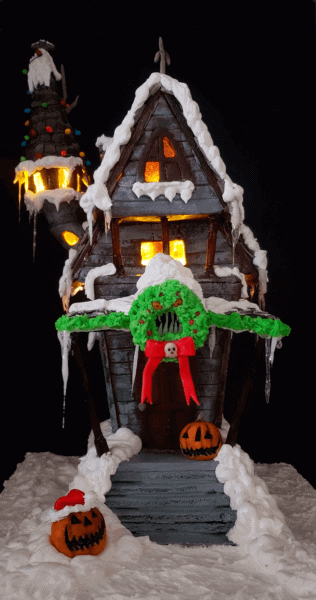 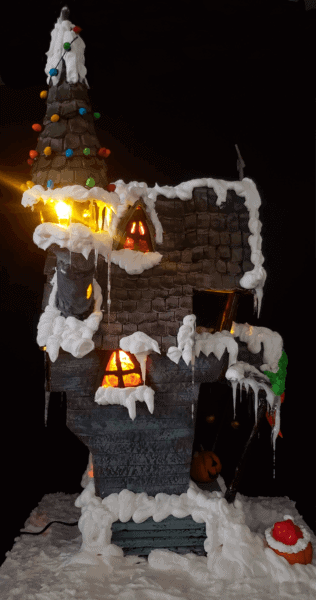 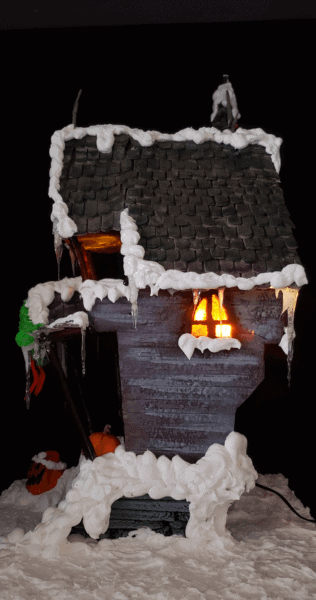 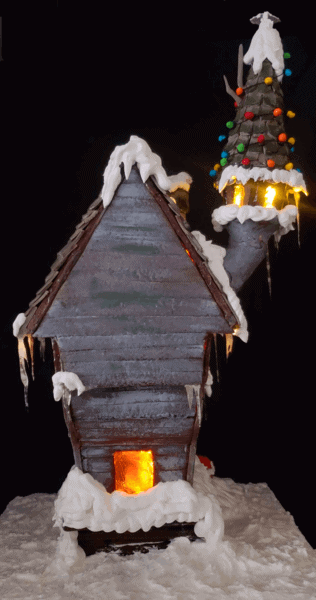 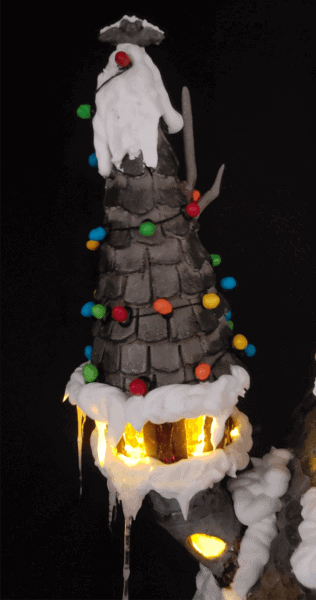 Battery-powered LED lights inside the house are used to give it a haunting glow. Non-glowing Christmas lights crafted from pieces of candy wrap around the tower, as well. A generous amount of snow and icicles (made from gingerbread glue and sugar) add to the house’s wintery look.

Of course, it’s not “Nightmare Before Christmas” without a few of Jack Skellington’s spooky seasonal touches. The wreath with teeth and jack-o’-lanterns are the perfect combination of Christmas and Halloween, just like the movie itself. 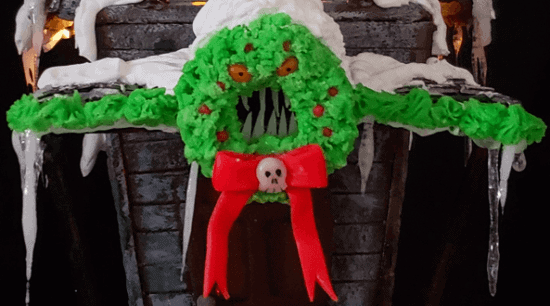 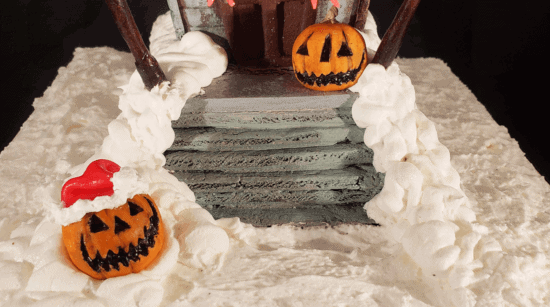 Without a doubt, this creation would make Sandy Claws proud. If you’ve got gingerbread-making skills of your own, Tye Rannosaurus gives step-by-step instructions on how to create this seasonal masterpiece on the Syfy website. Or, if you have another idea for a sci-fi/horror/fantasy gingerbread house, you can build it and enter the Syfy Genrebread Contest through December 28, 2018. For more information, click here. 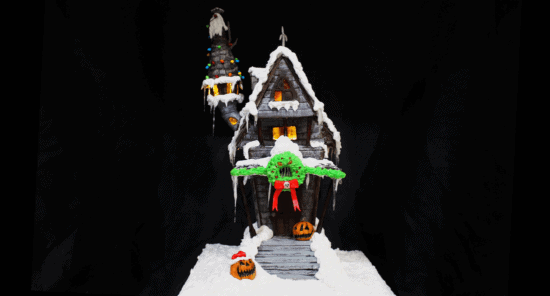 Will you attempt to make your own Nightmare Before Christmas Gingerbread House? Let us know in the comments below!