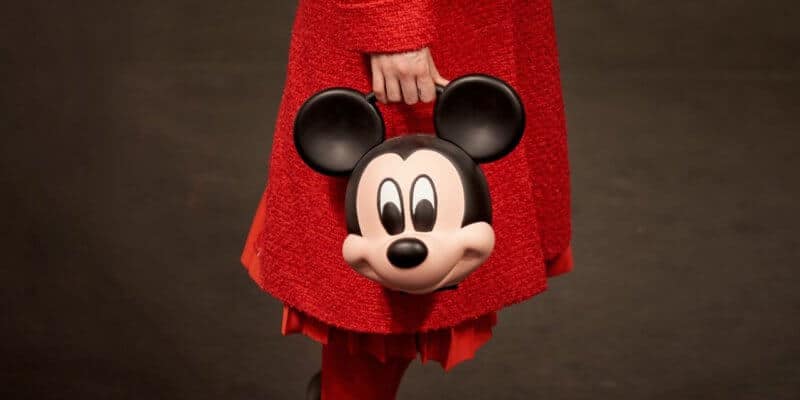 In celebration of Mickey Mouse’s 90th Birthday, the Italian luxury brand Gucci has teamed up with The Walt Disney Company to create the perfect accessory for any outfit: a Mickey Mouse handbag.

The bags first premiered to the fashion world at Gucci’s spring/summer 2019 show in Paris, where they were carried down the runway by catwalk models as accessories. Designed to look identical to the iconic cartoon character, the bags are the perfect homage to celebrate the icon’s milestone birthday. 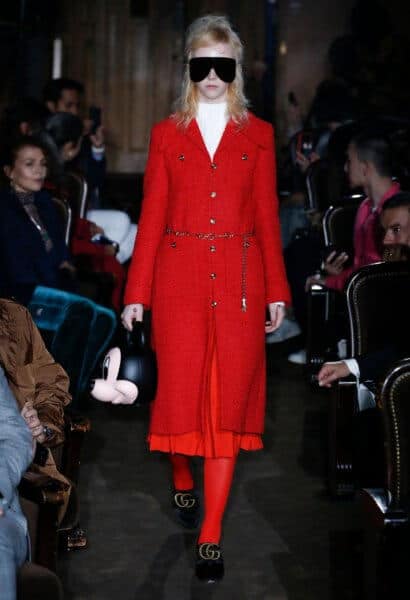 Each bag’s body design was created to resemble the head of Mickey Mouse. Additionally, the bags also feature a handle placed across the beloved character’s ears. 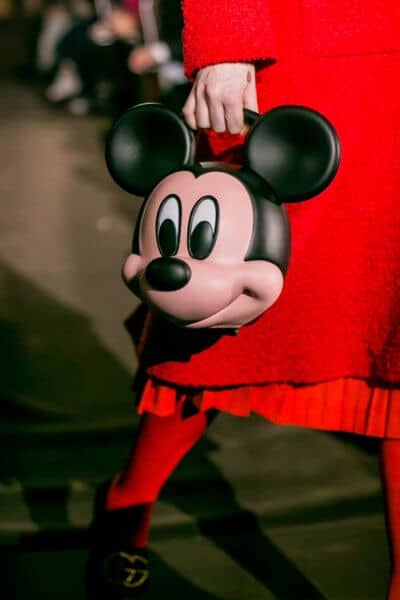 Another version of the bag is done in all white and features the character’s features in red, in addition to drawings of a star and moon on Mickey’s Ears, an “x” over his nose and text running along his forehead. The collection also featured an all-black version with red lettering, as well as additional bags with the character’s traditional color palate.

According to South China Morning Post, this is not the first time Alessandro Michele has featured Disney characters in his collections. In Spring 2017, Michele released a Donald Duck capsule collection for Gucci, which featured the famous duck on an assortment of different apparel, including T-shirts and crew-neck jumpers. 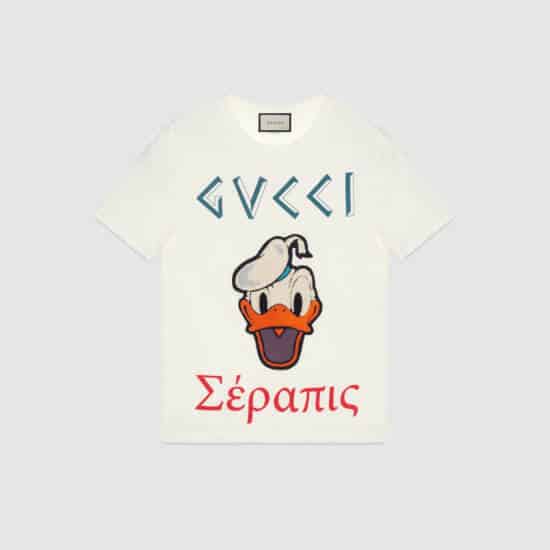 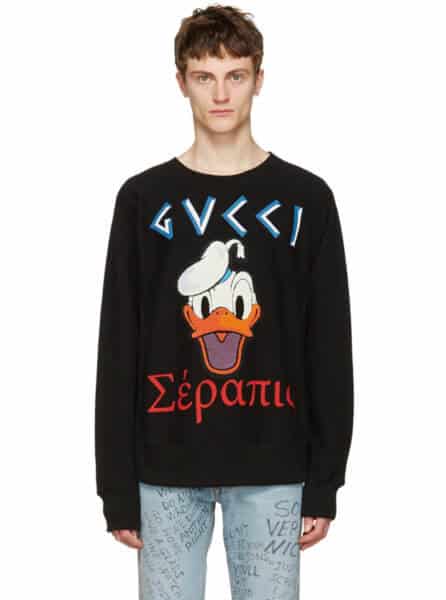 A season later, in Gucci’s Spring 2018 line, Snow White also made an appearance on a white sequined jumper. 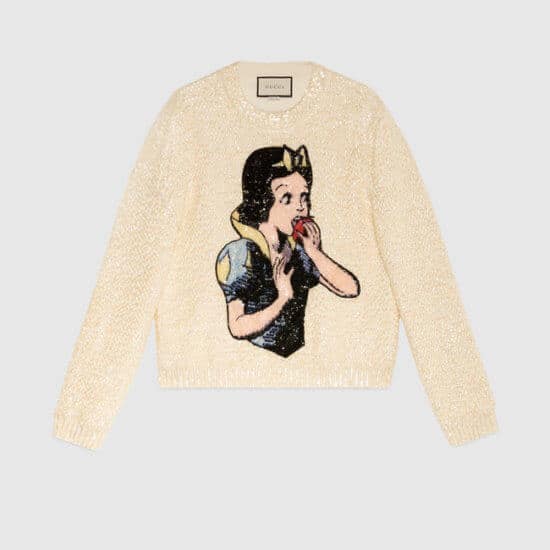 These Gucci handbags, designed in collaboration with The Walt Disney Company, are expected to make their debut in Gucci stores and online early next year, just in time for the Spring and Summer fashion season.

What are your thoughts on these Mickey Mouse handbags? Let us know in the comments below!