The month of December always has lots of holiday treats in store, and this year, the festive season also brings us Disney’s “Mary Poppins Returns,” which opens in theaters on December 19. To mark this special month, Vivoli il Gelato at Disney Springs is offering two limited-time desserts to help us deck the halls: the Chimney Sweeper Milkshake inspired by “Mary Poppins” and the Mistletoe Magic Sundae.

First up, this Chimney Sweeper Milkshake would make Bert proud. The shake blends gelato and Oreo cookies and it’s topped with whipped cream and a chocolate dipped cone. Two red Ladyfingers form a tiny chimney, complete with a chimney sweep’s broom! With one sip of this milkshake, you’ll be singing “Chim Chim Cher-ee” for the rest of the day. 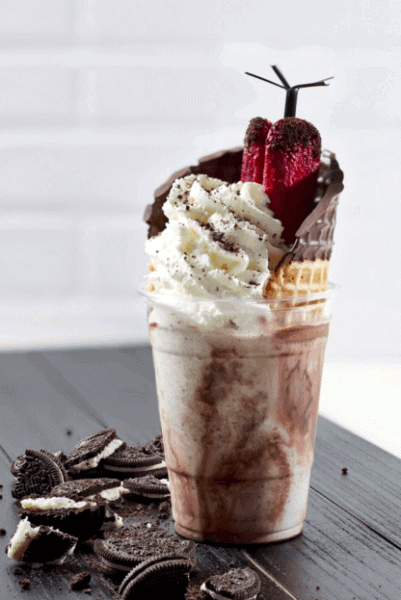 If you’re in the mood for a seasonal ice cream treat, the Mistletoe Magic Sundae is just the thing. Scoops of ice cream are served in a waffle bowl and topped with whipped cream, chocolate sauce, and bits of red velvet cake. 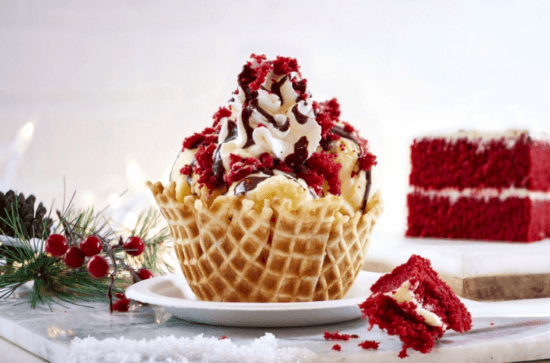 Both of these desserts are available for a limited time, so head over to Vivoli il Gelato at Disney Springs before they disappear. In addition to limited-time treats, the gelateria serves a full menu of mouth-watering gelato and sorbetto flavors. You can also choose from a selection of sundaes and shakes, or build your own dessert with your favorite flavors.

The original Vivoli shop has been serving up gelato in Florence, Italy, since the 1930s, and the Orlando location is one of two places where you can sample Vivoli’s gelato in the United States. For store hours and more information, visit the Walt Disney World website.