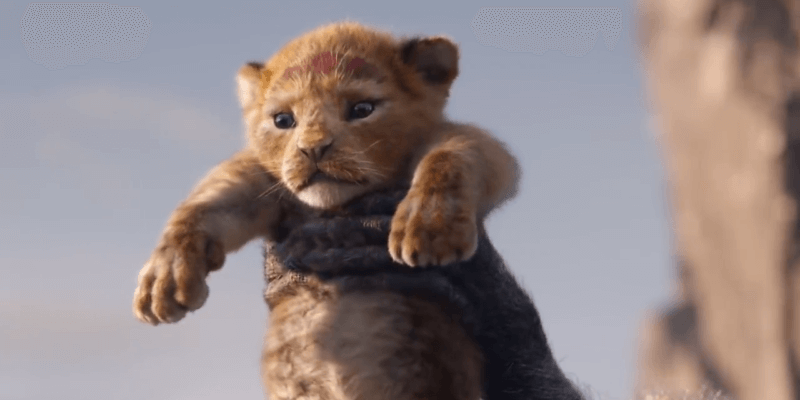 The first teaser trailer and poster for Disney’s “The Lion King” remake have arrived, once again introducing young Simba to the animals of the African savanna.

As the new trailer begins, we see majestic shots of animals across the savanna and hear the familiar voice of Mufasa (James Earl Jones). At Pride Rock, Rafiki hoists Simba high in the air as the gathered animals below bow to the future lion king. It’s one of the most iconic scenes from the original animated film and one that fans have been recreating at home with unwilling pets since 1994.

The “Lion King” remake features the voices of Donald Glover as Simba, James Earl Jones as Mufasa, Chiwetel Ejiofor as Scar, Alfre Woodard as Sarabi, Beyoncé as Nala, Seth Rogen as Pumbaa, Billy Eichner as Timon, John Kani as Rafiki, and John Oliver as Zazu, with JD McCrary as young Simba and Shahadi Wright Joseph as young Nala. The film is directed by Jon Favreau (“The Jungle Book,” “Iron Man,” and the upcoming “Star Wars” TV series “The Mandalorian“).

Hans Zimmer, who scored the original film, is returning to score the new movie. Elton John, Tim Rice, and Beyoncé are creating a new song for the movie’s end credits, and four songs from the animated movie will be included in the new film: “Circle of Life,” “Hakuna Matata,” “I Just Can’t Wait to Be King,” and “Can You Feel the Love Tonight.”

Disney also revealed a new poster for the upcoming movie: 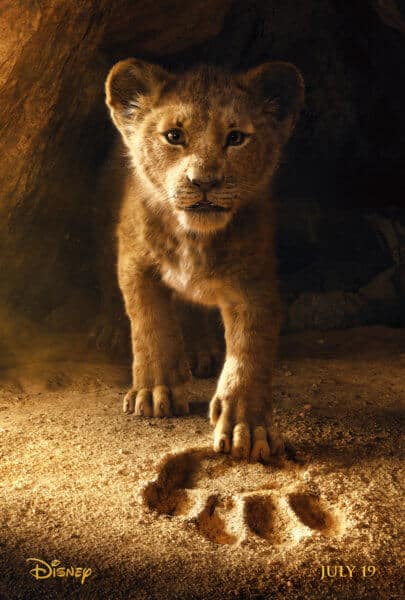 Disney’s new version of “The Lion King” arrives in theaters on July 19, 2019, and the original animated film celebrates its 25th anniversary next year as well.