Annual Presidential presentations of Turkeys (courtesy of the National Turkey Federation) date back to the Truman administration in the 1940’s, though the birds were often not spared at the time. The first reprieve came from President Kennedy, and first official “pardon,” from President Regan in the 1980’s.

Each big bird and the alternate (in case one got sick before presentation) would live out their life on a petting zoo or similar. In recent years the pair of privileged poultry celebrated their new-found lease on life by going to Disneyland (and Walt Disney World).

Officially known as the “National Thanksgiving Turkey,” each feathered friend and its alternate spend a few minutes in the spotlight and are then ushered off to finish life naturally. While most of the turkeys spared center stage on the Thanksgiving table were sent to farms or petting zoos after their pardon, a handful of lucky birds earned trips to the happiest places on Earth. 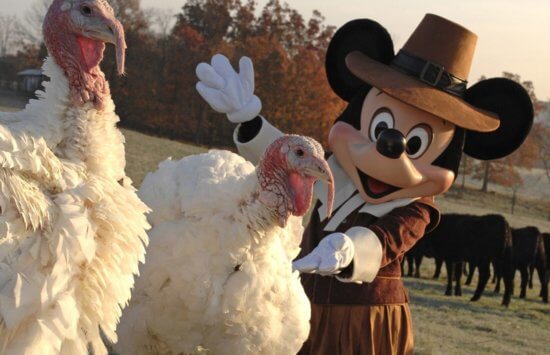 For a few years, during the Bush and Obama administrations, famous fowls found themselves paraded down Main Street at either Disneyland in Anaheim, California or Walt Disney World’s Magic Kingdom in Central Florida. Conflicting stories reveal varying reasons as to why the two were taken to the theme park.

The first fowl to find their way to Disneyland (2005) were named Marshmallow and Yam. Their original planned retirement was slated for a Virginia farm. Instead, they found fame at Big Thunder Mountain Ranch.

Disneyland’s Duncan Wardle, recalls a somewhat different decision-making process. Allegedly one of his fellow cast members had the idea first, “Doesn’t that make him the happiest turkey on earth? We should bring him to the happiest place on earth.” (Today) 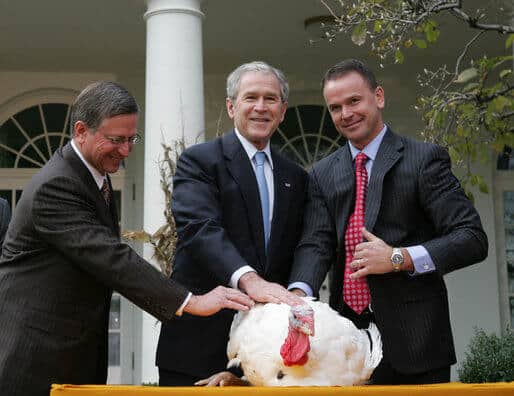 Once the flightless birds arrived at Disney parks, they are given expert care.  This includes dietary adjustments to help them lose weight for better health.

When May and Flower were pardoned by President Bush, in 2007, they were flown to Florida. The two, chosen via voting online, were shuttled via “Turkey One,” a special flight named in their honor courtesy of United Airlines.

The final fowl to find his way to a Disney park was named “Courage.” He, and his pal “Carolina,” pecked the final days at Disneyland’s Big Thunder Ranch. 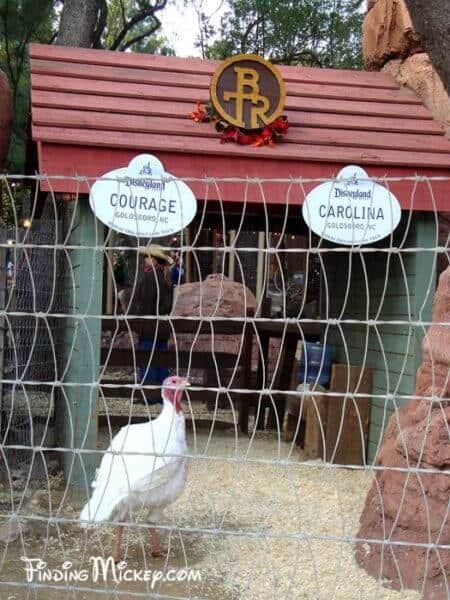 “I am pleased to announce that, thanks to the interventions of Malia and Sasha—because I was planning to eat this sucker—Courage will also be spared this terrible and delicious fate. Later today, he’ll head to Disneyland.” – President Obama (CNBC) 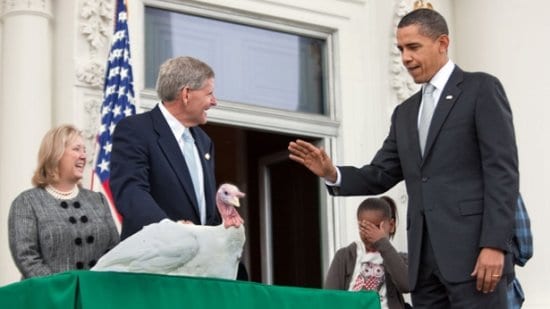 Comments Off on Do all pardoned Turkeys go to Disneyland?