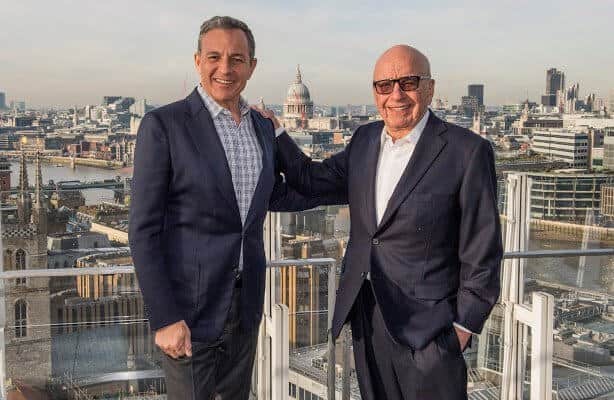 Disney may get a refund on the 22 regional sports networks they purchased from 21st Century Fox.

“New Fox,” the company that will remain when Rupert Murdoch, Fox Executive Chairman, sells over $70 billion worth of 21st Century Fox assets to the Walt Disney Company, is in the lead to purchase the regional sports networks (RSNs) that are part of the deal. But why would Disney agree to sell back these RSNs, which broadcast the games of 44 professional athletic teams from the National Hockey League, Major League Baseball, and the National Basketball Association? And why would Disney sell them at a much lower price than the company purchased them for?

Well, Disney received confirmation from the Justice Department that they could proceed with their acquisition of 21st Century Fox as long as the company divested Fox’s RSNs. Disney already owns the major sports network ESPN. If the company owned 44 more RSNS, as well, it could be a cause for concern that too much power over sports programming was given to a single company. Disney has a minimum of 90 days after the Fox deal is closed to secure a sale of the RSNs.

Enter “New Fox,” the company that some say is the most serious contender to purchase the networks. And because of the pressure put on Disney to sell the RSNs fairly soon, the company may be inclined to go with the easiest buyer. The networks are valued at approximately $20 billion, but since offers have yet to be made, it is unclear how much the networks will be sold for (or even who will purchase them).

Disney recently sent a bid book to prospective buyers to see who could potentially purchase the RSNs. The book was sent to other networks, digital companies, distributors, and investment banks, all of which agreed to sign a non-disclosure agreement regarding the bid book and purchase of the RSNs. Though “New Fox” may be the frontrunner for the purchase, until the purchase is made, we can’t be so sure.

Should this pan out it will be an interesting conclusion to Disney’s purchase of 21st Century Fox. Stay tuned for more details to come.