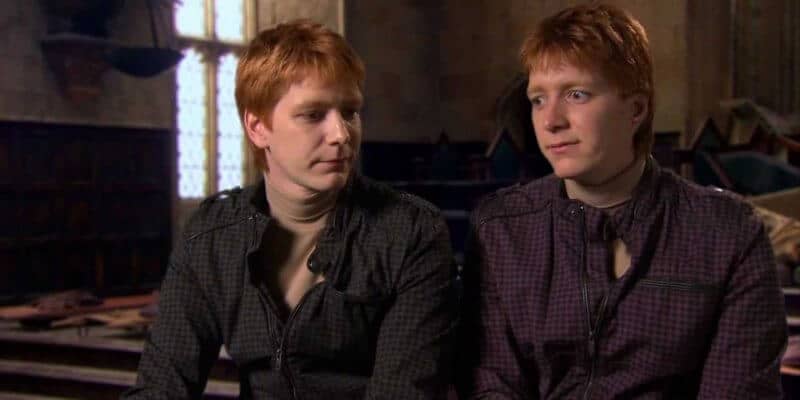 James and Oliver Phelps are known for their notorious roles as Fred and George Weasley in the Harry Potter film phenomenon. Since their days as the mischievous brothers, the Phelps’ twins enjoy going to comic conventions throughout the year to remember those Potter days and to give their fans a chance to ask them all their burning behind-the-scenes questions. This past weekend at MegaCon Tampa Bay, James and Oliver put on another spectacular session when they gave fans an insight into their personal wizarding world preferences and they even got to talk about their current relationship with J.K. Rowling.

Rowling originally came up in conversation when a fan asked what sort of Patronus the two would like to have. Oliver deliberated that he thinks his Patronus would be a sloth, as that creature represents his “relaxed” personality. After a quip about how long it would take for that particular Patronus to appear, James revealed that he actually took the Pottermore quiz, which gave him an osprey Patronus. Apparently, aPatronuss such as a hedgehog or a blue whale would have been more to his liking and he thought perhaps he could simply change it. However,  James said he sent a message to Rowling to ask if he could switch his Patronus, to which she firmly stated, “No, you’re an osprey.”

Later on during the Q&A, the moderator noted that Rowling seems to frequently communicate with all of the former Potter cast through social media (fans know she’s not a timid Twitter user). With that in mind, he asked the Phelps brothers what their current relationship with Rowling has been like in recent years. Considering the last film came out seven years ago, it stands to reason that Rowling may have gotten out of touch with some of the large cast. But, according to James Phelps, not much has changed. 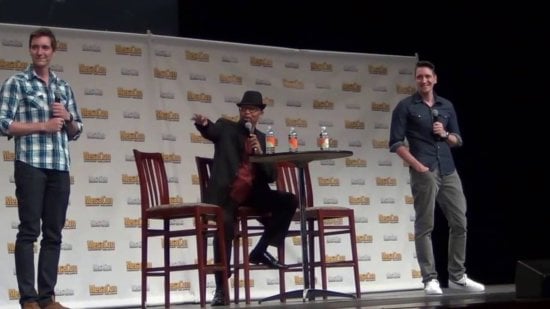 “She’s still— the boss. (I’m) still very shy with any interaction with her. Definitely. She’s just an incredible woman. Who I owe, pretty much more than half my life because of her. She’s been very, very good with us.”

It’s absolutely incredible to realize what an impact one woman and one story have had on people from all these walks of life. During the fan questionnaire, James and Oliver Phelps remind us more and more how well-suited they were for their roles as Fred and George Weasley. Their attitude towards the Potter series is almost as exuberant as the rest of us fans, and it shows through their eagerness to discuss the franchise.

The Q&A also revealed James and Oliver’s favorite Weasley’s Wizarding Wheezes (Skiving Snackboxes and Peruvian Darkness Power), props, and their real-life boggart. The audience also became privy to some of their most diabolical cast member pranks, which they were at the helm of, naturally. Only one question was asked about the upcoming wizarding world installment, “Fantastic Beasts: The Crimes of Grindelwald.” And that question was simple: If they had to choose, who would they team up with in “Fantastic Beasts”? And without hesitation, James replied:

Thankfully we can continue to experience the wizarding world when “Fantastic Beasts: The Crimes of Grindelwald” premieres in theaters on November 16, 2018. You can see the highlights from the James and Oliver Phelps Q&A here.