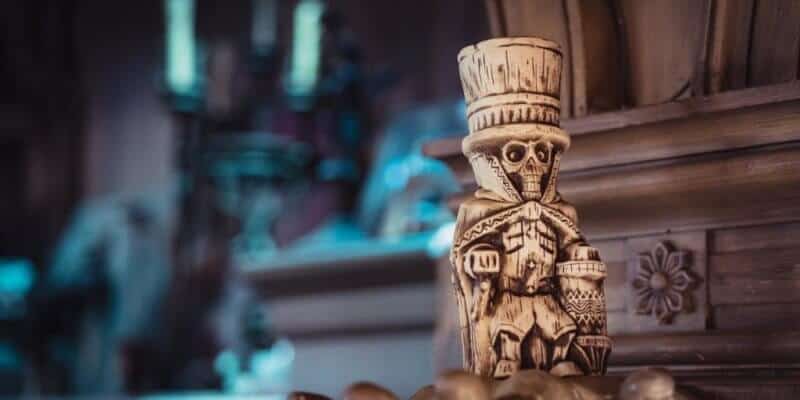 Your favorite happy haunt is materializing in tiki mug form once again! The iconic Haunted Mansion Hatbox Ghost is appearing on another tiki mug, and this time he’s coming to Disneyland Resort.

This fan-favorite attraction character was just released as a tiki mug at Trader Sam’s Grog Grotto at Walt Disney World on Tuesday, October 9. While each mug is modeled after the Hatbox Ghost, the two are slightly different. The Walt Disney World version depicts the ghost’s head appearing in his handheld hatbox, while the Disneyland version depicts an empty hatbox and the ghost’s head atop his shoulders. Each mug is unique in its own way, and they make the perfect set!

The second version of the mug will be sold at the Disneyland Hotel in Anaheim at Trader Sam’s Enchanted Tiki Bar, the original Trader Sam’s location. The west coast Hatbox Ghost will be available starting Tuesday, October 16 at 7 a.m. As always with new tiki mug releases, quantities are limited, so be sure to grab this mug while it is available. Purchases are limited two per guest.

Want to make this ghastly ghoul a permanent resident at your "Haunted Mansion?" Head to Trader Sam's Enchanted Tiki Bar on 10/16 at 7am! Limit 2 per Guests; available while supplies last. pic.twitter.com/BIn9DQjBnS

Do you plan to grab this mug while supplies last? What’s your favorite tiki mug release? Let us know in the comments!