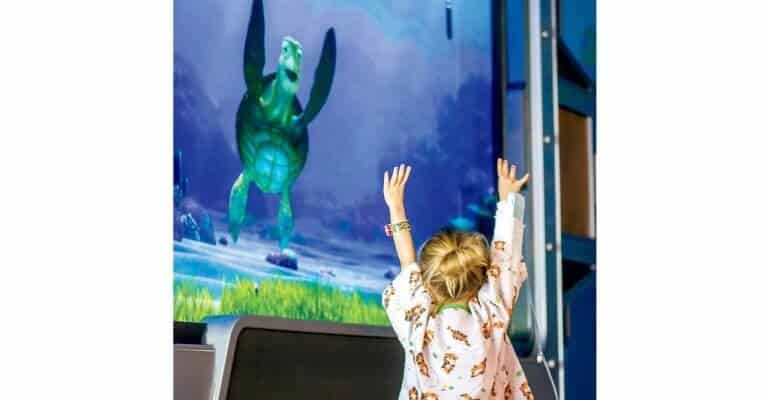 Children’s Hospital of Orange County (CHOC) has been selected to participate in Disney’s Team of Heroes Initiative to reinvent patient and family experiences at hospitals worldwide. Disney announced on Thursday that CHOC will be the second hospital working with the company in this initiative, a project that Disney announced last March would dedicate over $100 million to children’s hospitals across the globe.

“We are proud to provide our resources and creativity to CHOC Children’s to support the amazing work they do,” Disneyland Resort President, Josh D’Amaro said in the announcement last week. “We hope to deliver some joy to CHOC’s young patients by infusing their hospital stays with some Disney magic.”

Disneyland has had a longstanding relationship with CHOC. The Walt Disney Company has made many efforts to fundraise for the hospital, and for over 25 years Disneyland has hosted CHOC Walk in the Park, an annual 5K walk through Disneyland, California Adventure, and Downtown Disney, benefiting CHOC. Considering the hospital’s close vicinity to Disneyland Resort, it’s no surprise that CHOC has been selected as another hospital in Disney’s initiative. Disney plans to work with CHOC patient care experts to create customized magical experiences for children receiving treatment at the hospital.

Walt Disney Imagineering already provided CHOC with its own version of Turtle Talk with Crush over five years ago, which provided children at the hospital with an interactive and imaginative element to the hospital’s lobby. If this new partnership with CHOC includes anything similar to Disney’s past donations to the hospital, CHOC is sure to become one of the most Disney-fied places in Anaheim outside of Disneyland Resort. Disney stated in the announcement that the patient and family experience at CHOC will be brought to life in ways only Disney can do, using interactive technology, storytelling, and fun.

Kimberly Chavalas Cripe, President and CEO of CHOC Children’s, said “We are thrilled to partner with Disney to leverage the power of imagination, creativity and make believe in creating memorable experiences for our patients. We believe nothing – especially illness or injury – should put childhood on pause.”