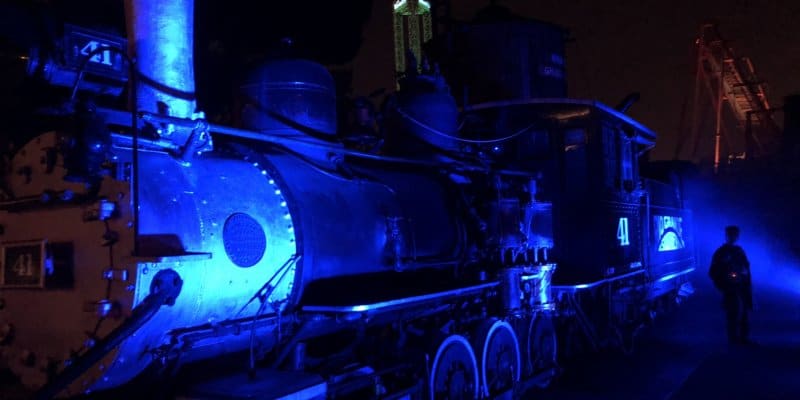 It’s that time of years again: time to re-enter the fog at Knott’s Scary Farm, my personal favorite Halloween-time happening at any theme park in Southern California. Last night I was thrilled to be invited down to Knott’s Berry Farm in Buena Park (just ten minutes from Disneyland Resort) to cover Scary Farm one final time for Inside the Magic before I move on from the website next week.

I’ve been attending Knott’s Scary Farm since the late 1990s, and over those two decades I’ve watched it grow and blossom into something truly impressive: an immersive Halloween event that embraces its local theme park roots, dares to challenge its guests with fresh and original ideas, and uses its the layout of its location as an asset rather than an obstacle to overcome. 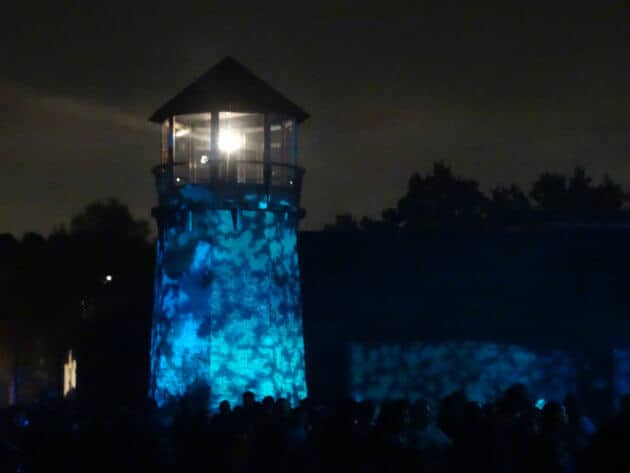 The two new mazes and one new scare zone making their debut this year are all undeniably excellent, but one stood head and shoulders above the rest for me: “The Depths,” a Lovecraftian homage to the denizens of the deep and the horrors that lie beneath the waves. An east coast mining crew has uncovered something sinister, and though they warn you not to enter the caverns that lie before you, you can’t resist the temptation. Soon you find yourself face-to-face with terrors beyond description in this nautical-themed nightmare.


The other new maze premiering this year is called “Dark Entities,” and it’s sort of a cross between John Carpenter’s “The Thing” and Ridley Scott’s “Alien.” You find yourself transported from an Earthbound science station to an orbiting spaceship infested by the undead. Aboard the vessel, you encounter a wide variety of intergalactic zombies and aliens, plus what remains of the ship’s ill-fated crew and their robot assistants. Watch for a cameo appearance by the Millennium Falcon from “Solo: A Star Wars Story.”


The one aspect I’ve never really loved in all my years attending Knott’s Scary Farm is the satirical stage show “The Hanging,” which skewers pop culture events and often takes friendly but well-deserved shots at Disney during its half-hour running time. Unfortunately, I’ve never found the humor to be particularly on point, though every once in a while the show does elicit a chuckle. This year’s installment, cleverly titled “The Hanging: Shhh… It Happens,” includes barbs at the nearby Disney California Adventure’s Incredicoaster, Marvel’s “Black Panther,” Lucasfilm’s “Star Wars: The Last Jedi,” and much more. Oh, and it’s definitely not safe for work… or kids, for that matter.


Other shows include magic from “Conjurers” and improv comedy from “Hacks!” This year’s returning mazes are all wonderful as well, but the highlights among those are last year’s “Dark Ride” and “Pumpkin Eater”, which indicates to me that Knott’s only continues to up its game with each passing Halloween season. Other mazes like “Trick Or Treat: Lights Out,” “Shadowlands,” and “Paranormal Inc.” have been given upgrades and makeovers as well, so there isn’t really a bad apple in the whole bunch.

The new scare zone Forsaken Lake is an eerie joy to wander through or even hang out in for extended periods of time. If you happen to be there at the right moment, you might experience a haunted happening, which is also true for other areas of the park. Plus, as always, I recommend checking out the Timber Mountain Log Ride, which retains its Halloween Hootenanny overlay from last year’s Knott’s Scary Farm event, and is still just a tremendous amount of fun and without a doubt one of my favorite theme park attractions in the area.

Overall, I believe Knott’s Scary Farm to be the cream of the crop as far as these types of Halloween haunt events go. The mazes are immaculately detailed and thoroughly designed, the park atmosphere is perfectly creepy throughout, and the scares are abundant, even for a twenty-year veteran like myself. As the folks at Knott’s like to say, I’ll see you in the fog!

Knott’s Scary Farm runs on select nights from now through Halloween. For more information and to purchase advance tickets, be sure to visit the official Knott’s Berry Farm website.