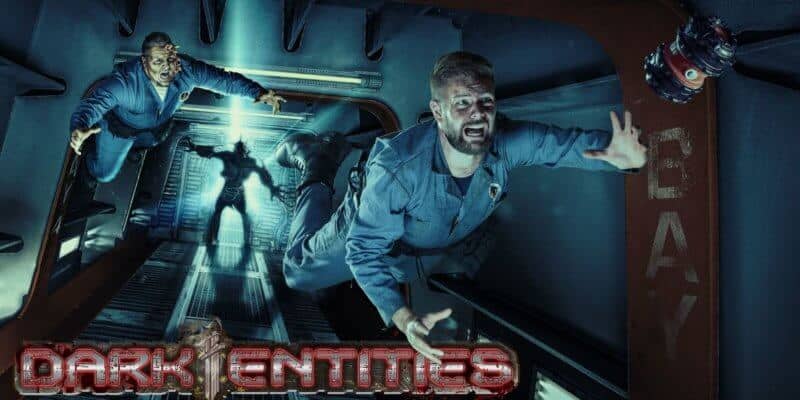 Southern California Halloween fans know they have countless options when it comes to having fun during the spookiest season, but true haunt aficionados have learned over the past four and a half decades that the best place to be for startling scares and eerie atmosphere is Knott’s Scary Farm.

As with each year I’ve attended this Announcement Event, I left Knott’s incredibly psyched for the Scary Farm excitement to come. Beyond the instant show-stopping musical number (with rain live on stage) at the top of the show, the new and encore attractions revealed last night have me anxiously awaiting the official beginning of the Halloween season. A list of everything announced by the park for 2018 is as follows:

Rides in the dark:

Also announced were the new Haunted VR attraction “Time Zombies,” plus the Scary Farm-inspired tribute art show “Into the Fog,” which will be on display in the Voyage to the Iron Reef gift shop (temporarily renamed Bizarre Bazaar) throughout the Halloween season.

Knott’s Scary Farm runs on select dates from Thursday, September 20 through Wednesday, October 31 at Knott’s Berry Farm in Buena Park, California. For more information on the event and to purchase advance tickets, be sure to visit Knott’s official Scary Farm website.