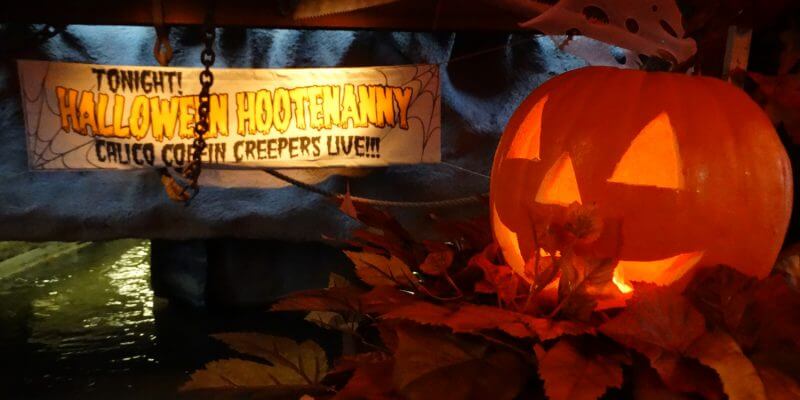 Now in its 40th season, Knott’s Scary Farm is regularly cited among Southern California Halloween enthusiasts as a trendsetter and powerhouse in the haunt industry, and its 2017 iteration is absolutely no exception.

I’ve been attending Knott’s Scary Farm since around 1998 (though I skipped a few years here and there) and covering the event for the past three years here at Inside the Magic, and I have to say this season’s haunt is among the most impressive that I have personally experienced.

The creative team at Knott’s Berry Farm have struck the perfect balance between popular returning mazes like “The Red Barn,” “Shadowlands” and “The Tooth Fairy” and dazzling, intricately-detailed new mazes– like what may already be my favorite Halloween maze of all time– “Dark Ride.”


Essentially a love letter to amusement park fans, Dark Ride is remarkable because to my knowledge it is the first Knott’s maze to 100% authentically create its own fictional space– by which I mean no suspension of disbelief is necessary. You aren’t entering into a fantasy world here, you’re simply stepping into an abandoned dark ride called “Castle of Chaos”– the track is right there on the floor underneath you, and the ride’s intentionally-cheesy decorations and animatronics are all around you.

Your path winds between the track and through several backstage areas, increasingly populated by unwelcoming denizens who have taken up residence in the spooky old ride. This is what it would feel like to explore an abandoned amusement park… if it had been overrun by menacing monsters, of course.

The second new maze of note is “Pumpkin Eater,” inspired by the famous nursery rhyme “Peter, Peter, Pumpkin Eater.” It’s more traditional to what you would expect from the average Knott’s Scary Farm walkthrough maze, but it’s still very inventive, and uses its space, set design, and props to great effect.


The final maze being advertised as new this year is “Trick or Treat: Lights Out,” which is essentially a very effective retheme of a maze that has endured a Knott’s Scary Farm for a number of seasons now. This time, however, guests are equipped with a show-controlled flashlight and invited to venture into a haunted house where the lights have been dimmed very low on Halloween night.


Over at Knott’s famous Timber Mountain Log Ride, the attraction has finally been themed to the Halloween season once again, after taking several years off subsequent to the installation of new animatronic figures. “Halloween Hootenanny” features a new song by Disneyland expatriates Krazy Kirk and the Hillbillies (formerly Billy Hill and the Hillbillies) and invites guests to join the loggers and residents of Timber Mountain for a hollerin’ good time on All Hallows Eve.


And of course, it wouldn’t be Knott’s Scary Farm without the infamous pop culture parody-fest “The Hanging,”– subtitled “Fake Noose!” for 2017– which once again roped this year’s political happenings into the proceedings (how could it not?) The show also incorporates plenty of jabs at Disney, as per usual.


Other returning mazes include “Voodoo,” “Paranormal, Inc.,” and the interactive zombie-shooting experience “Black Ops: Infected.” And finally, “Elvira: Mistress of the Dark” has returned for her final season at Knott’s, rounding out the event’s lineup of live shows.

As always, I can’t recommend Knott’s Scary Farm enough, especially for Southern California locals looking to flesh out their Halloween season with additional fun-filled attractions. But out-of-towners who are interested in exploring what Orange County has to offer outside of Disneyland this fall should also make a point to check it out. It’s worth the price of admission, I promise you. Comments Off on VIDEO – Knott’s Scary Farm returns with one of its strongest, scariest years in recent Halloween memory