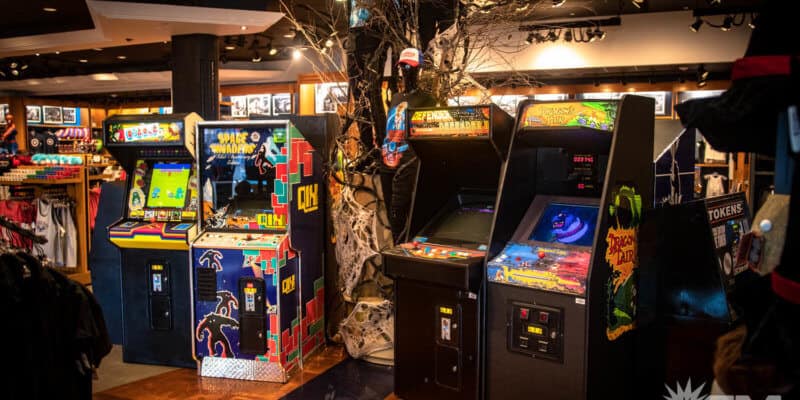 Universal Studios Florida is famous for its fiendishly fun fear festival, Halloween Horror Nights. Monsters, mazes and macabre mayhem might be the norm, but there’s a deeper darkness to be discovered: delightfully devilish detail.

All ten trails of terror find themselves expertly dressed with sinister cinema quality props and even a few eerie Easter eggs. However, dig a bit deeper into the darkness and a wickedly wonderful world of detailed dark décor awaits. 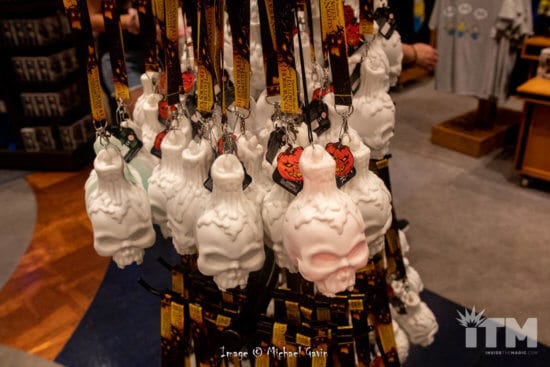 Serving up spooks for the second story in this series on the dark detail found at Halloween Horror Nights, spirited storefronts, scary skulls and retro-eighties digital delights enter the arena. Of course, as Halloween Horror Nights is a living and evolving monster, more macabre magic is sure to materialize (for example, since opening weekend, the “Revenge of Chucky” scare zone has added new sinister sights). 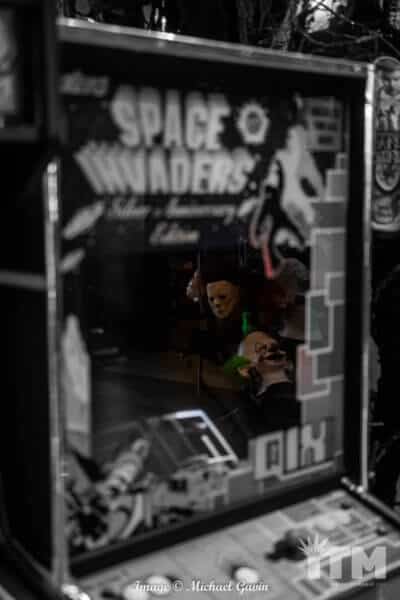 Haunted houses and regions of fright are not the only Halloween treats found at Universal Studios Florida this time of year. Several of the studios’ imaginary businesses decided to decorate their windows and displays. Over the course of this fall fright festival, even more locations are sure to follow in the festivities. When wandering HHN28, be sure to examine the various themed streets for some of these seasonal spooky-boo treats. 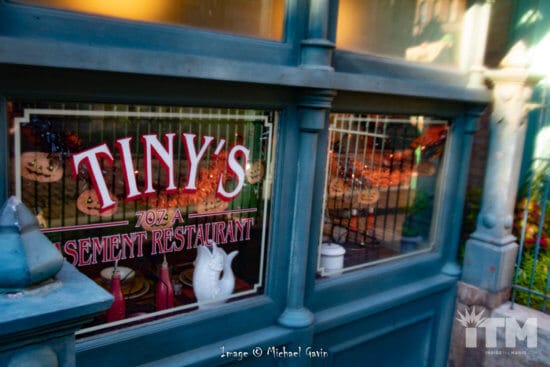 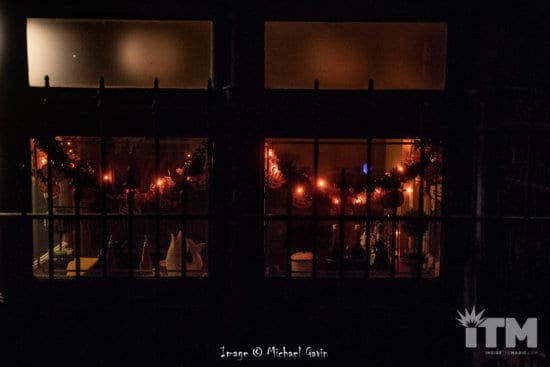 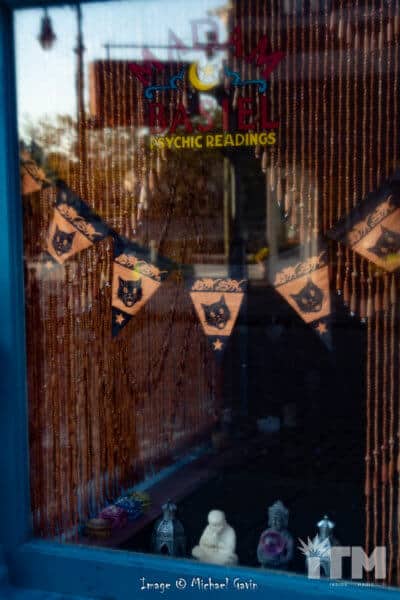 Sinister sorcery similar to the magic used in Wizarding World interactive wands has invaded Halloween Horror Nights this year. Attached to a decorative lanyard, palm sized enchanted white plastic skulls (with a single sculpted candle atop) are empowered with magical illumination abilities. These are trained to interact with marked (by a glowing orange pumpkin wearing an evil smile) areas around the park (scare zones). Each area causes this arcane artifact to react in different ways (changing color, color patterns and vibration). 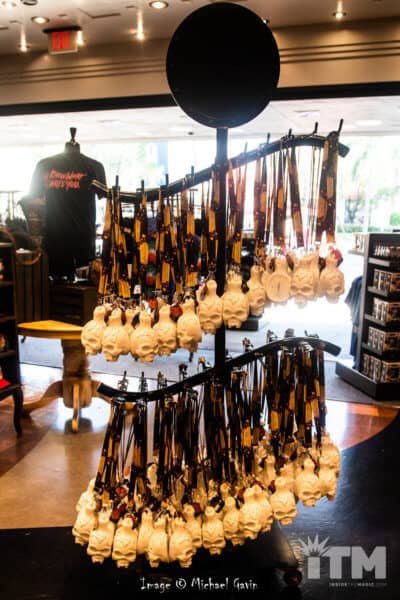 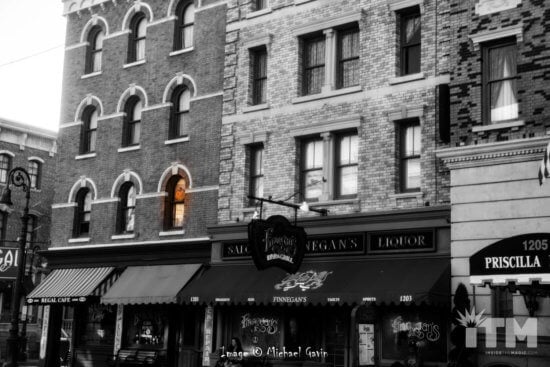 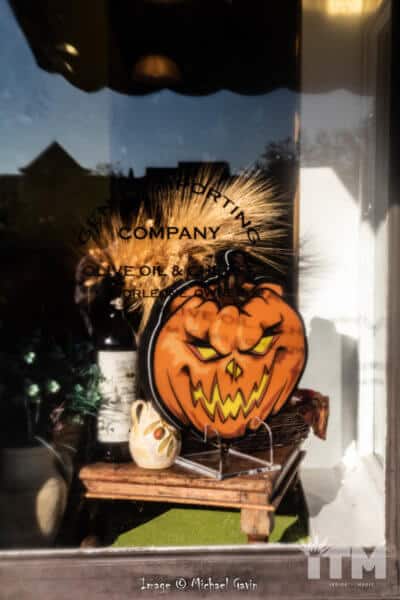 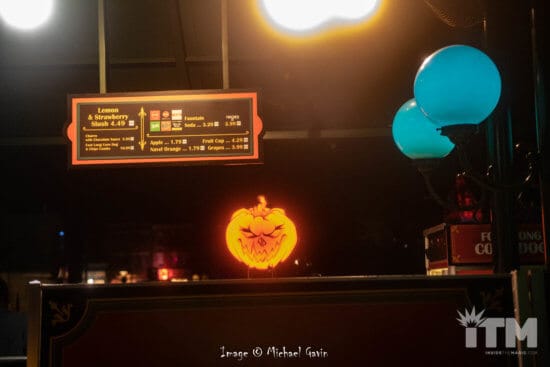 Flip the switch on the back from RFID for default (and home use) mode and you’ll cause this fiendishly fun toy to light up its skull with a static red glow while the candlestick tips flicker with a yellow light, making a faux flame. A button on the back alternates the action 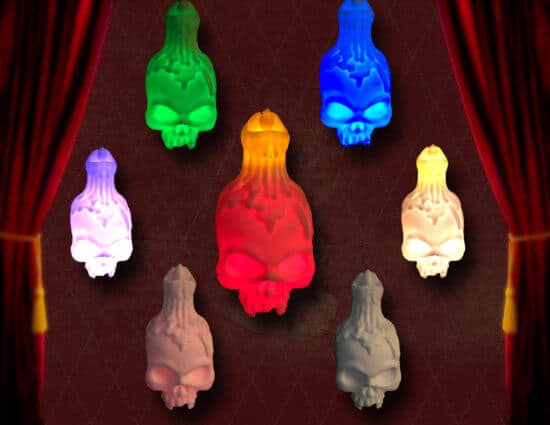 Eighties nostalgia haunts Halloween Horror Nights with Intellectual Properties in both haunts and scare zones based on spooky selections from the decade of big hair and video tapes. Top billing for this retro reunion goes to Netflix’s runaway hit, “Stranger Things.” With its headline haunted house and museum-like tribute store, the original series has one more trick to reveal. 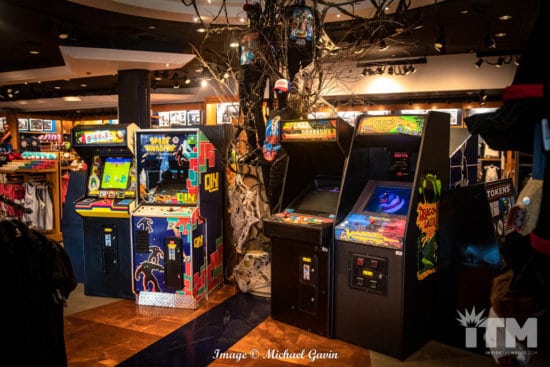 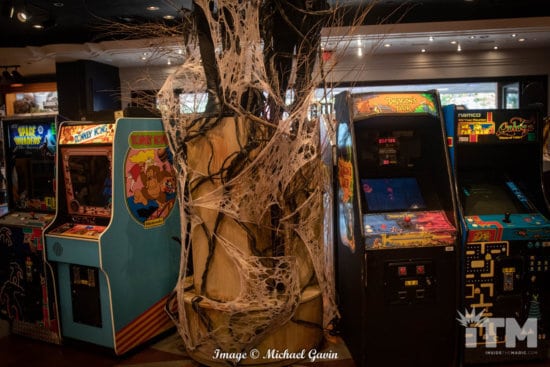 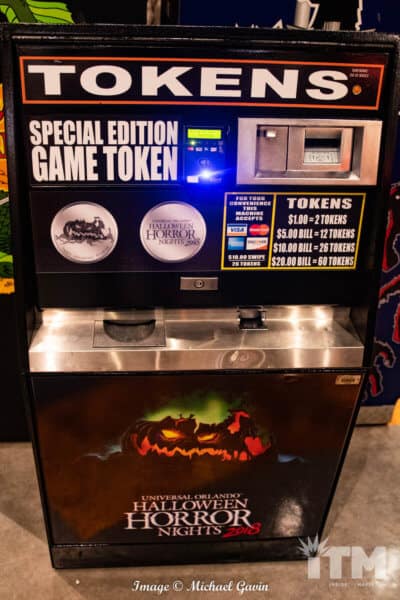 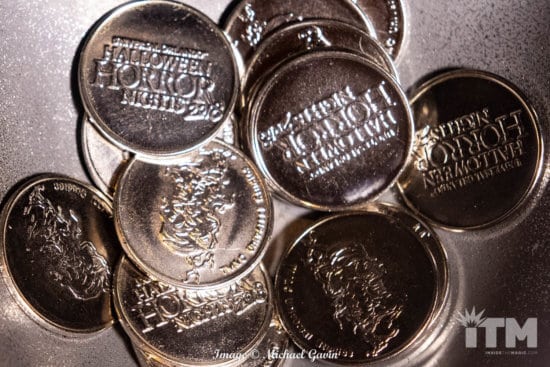 Video games given new life include (some machines offer more than one electronic experience): 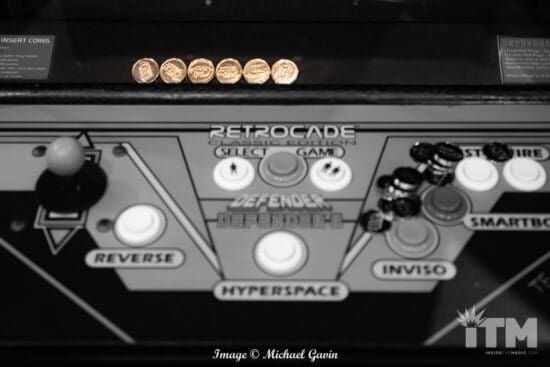 Dark depths of detail at Halloween Horror Nights at Universal Studios Florida add amazing ambiance and subtle spooks that are often overlooked. Keep a wary eye open for these enhanced eerie experiences, which serve as excellent examples of the passion and attention to detail brought to un-life by the terror-ific talents of Universal Studios creative team. 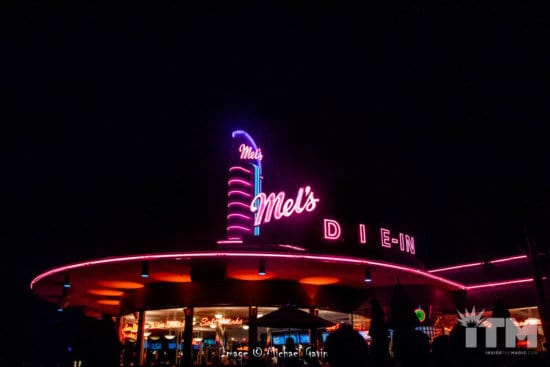 For even more detailed delights from Halloween Horror Nights at Universal Studios Florida, gaze into the crystal ball at Part 1: Diabolical Décor & Part 3: Tours of Terror.