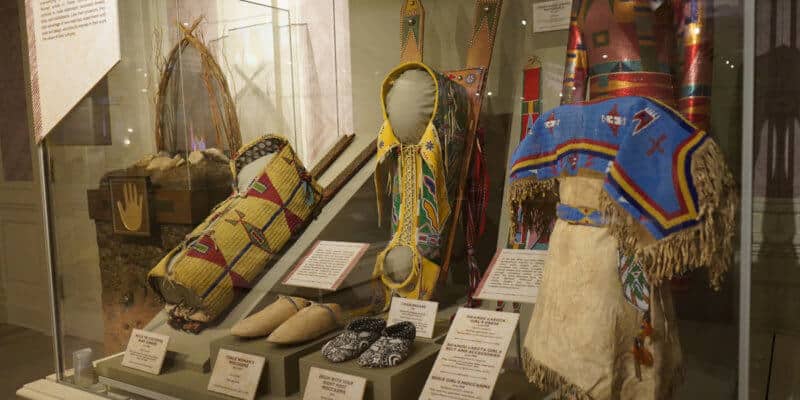 Take a look at the new art exhibit, “Creating Tradition: Innovation and Change in American Indian Art,” at the American Heritage Gallery in the American Pavilion in Epcot’s World Showcase.

This brand new exhibit showcases over 89 pieces of American Indian Art. Collectively, all of these pieces represent 40 different American Indian tribes from seven geographic regions across the United States.

Some highlights from the collection include “an “Ancient Resonance” dress by designer Loren Aragon from Acoma Pueblo, a Pokagon Potawatomi black ash hamper basket made in the early 1900s, and a Chilkat blanket from Alaska dating to the 1890s.” 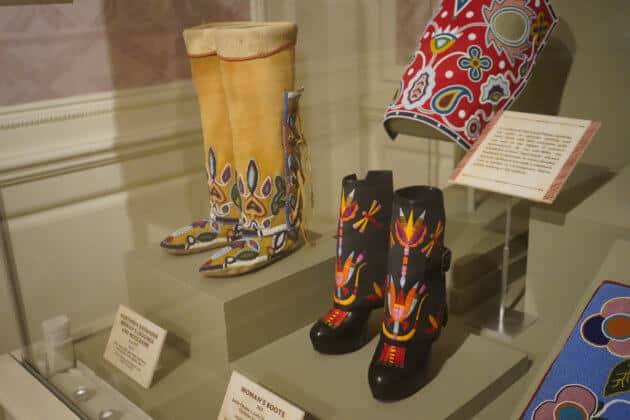 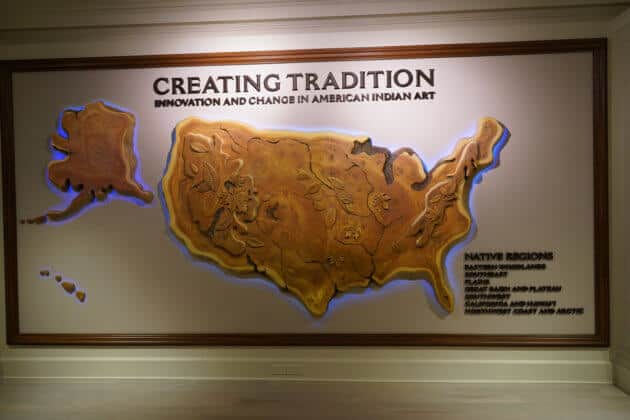 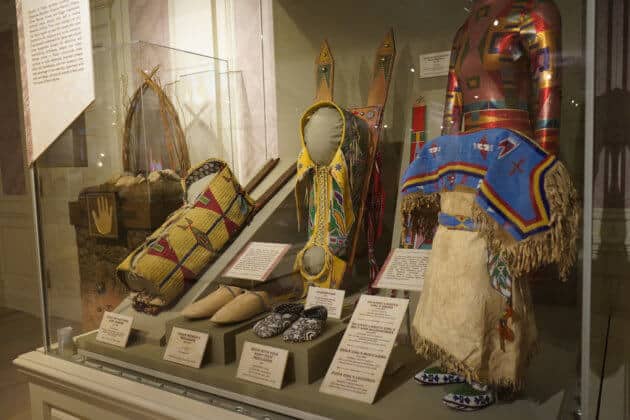 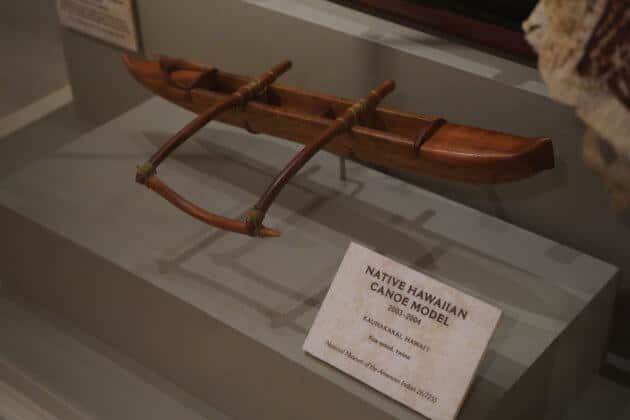 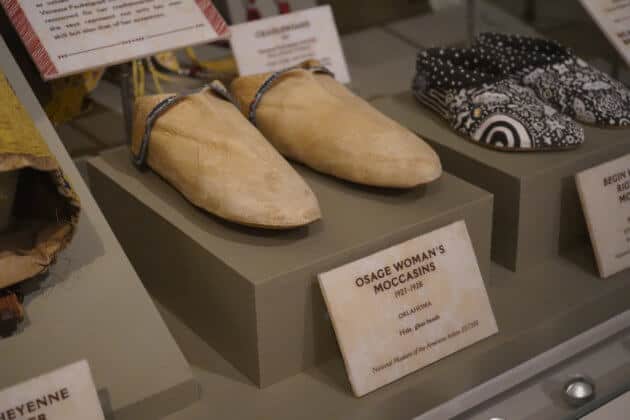 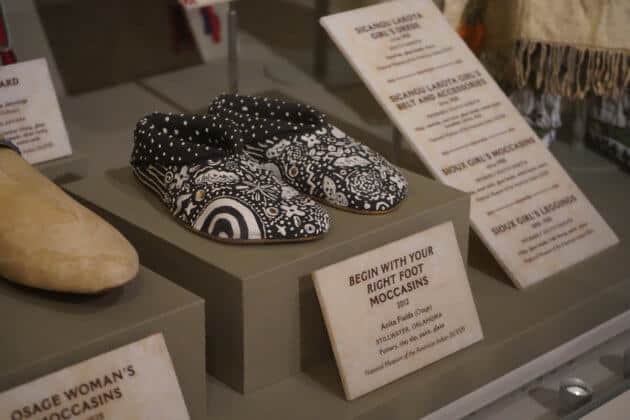 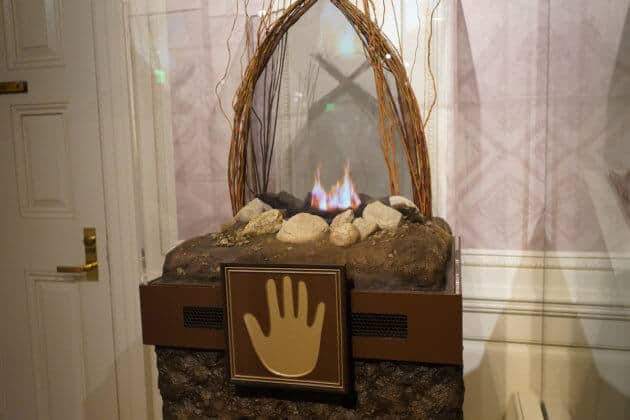 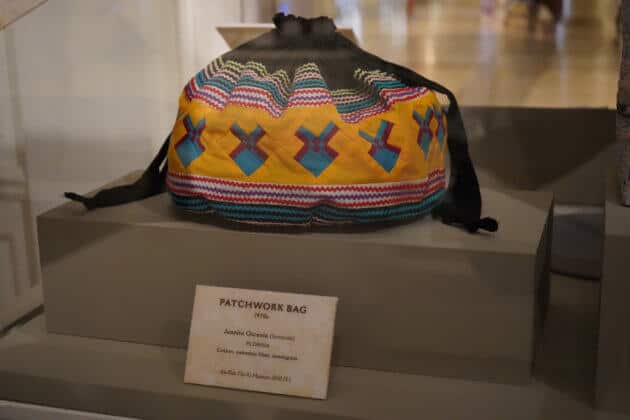 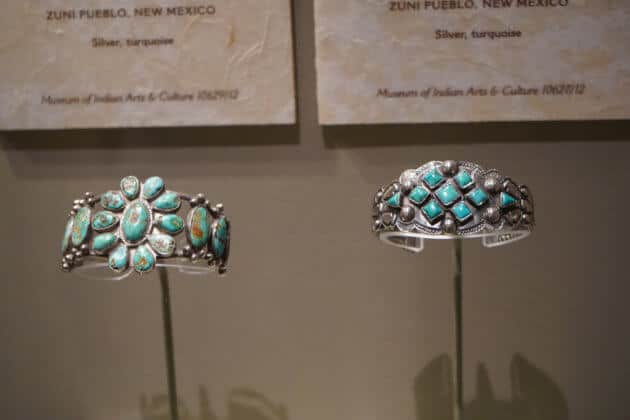 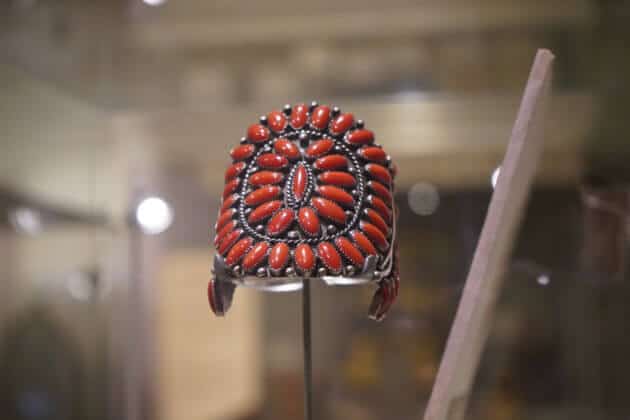 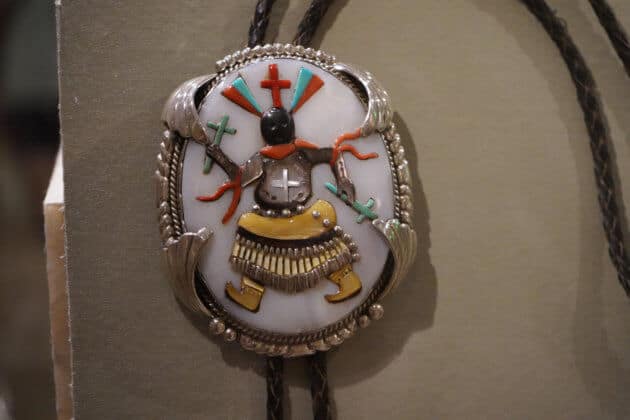 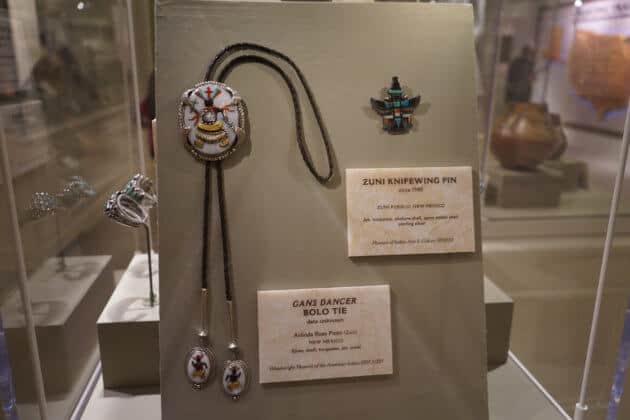 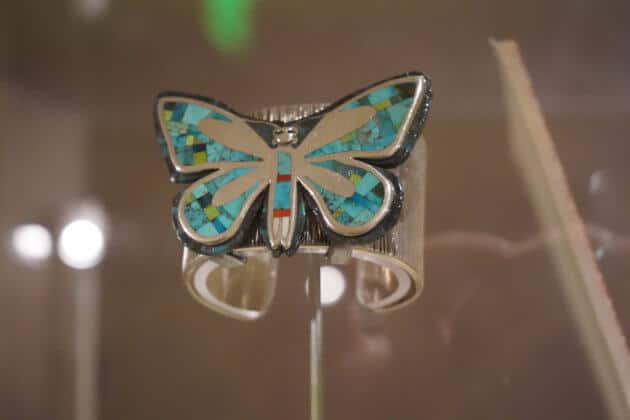 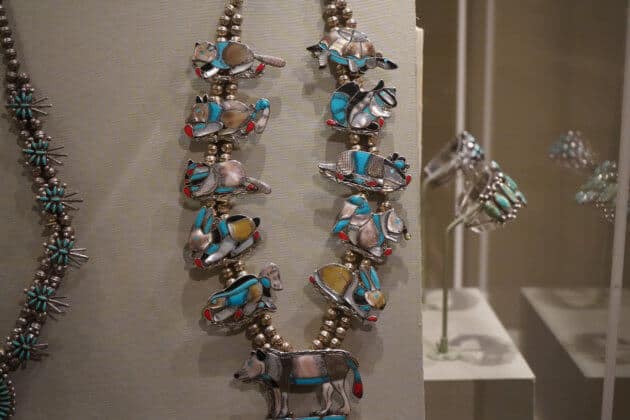 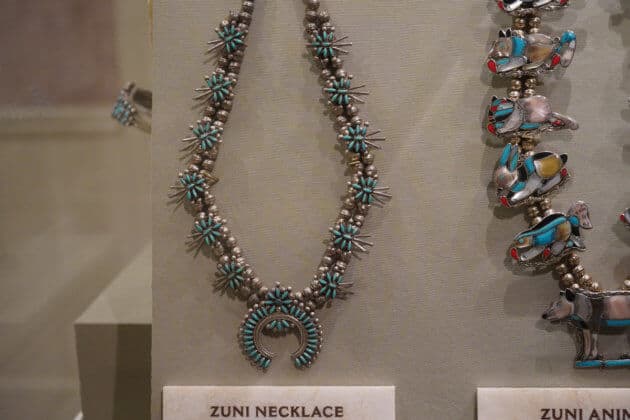 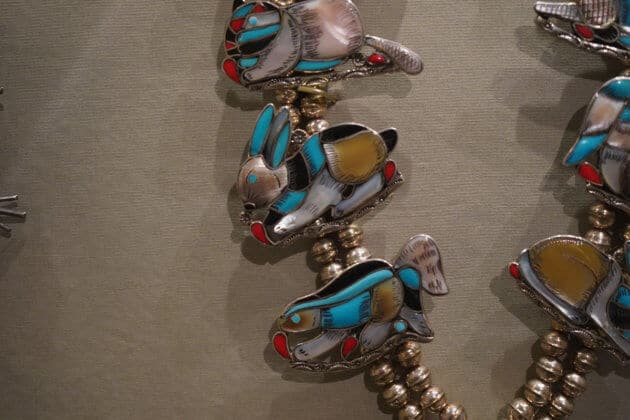 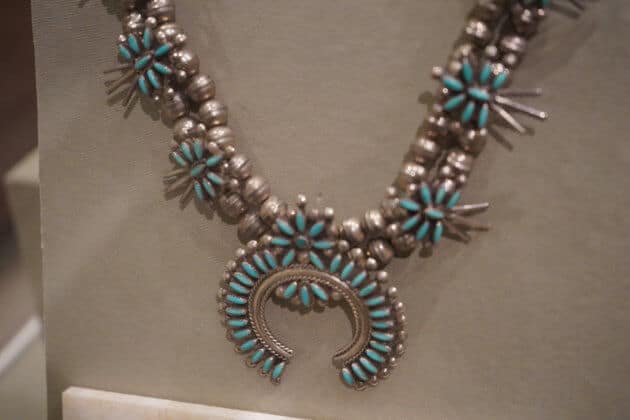 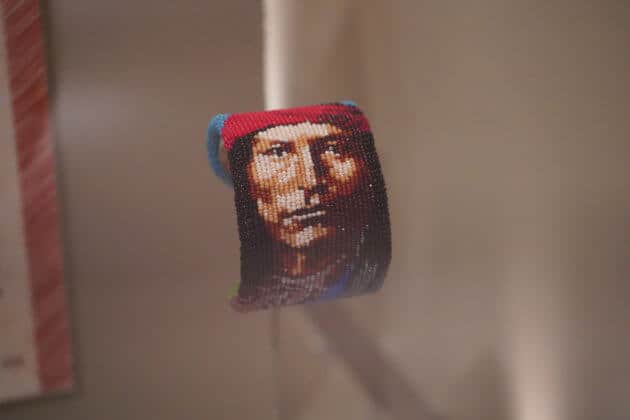 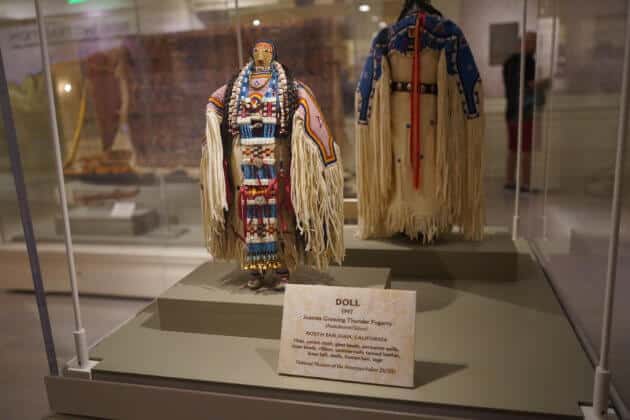 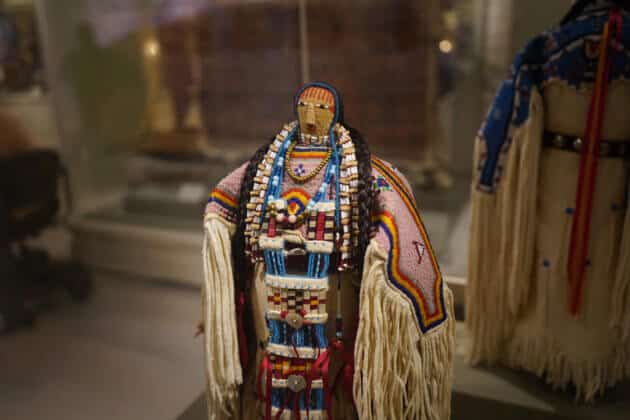 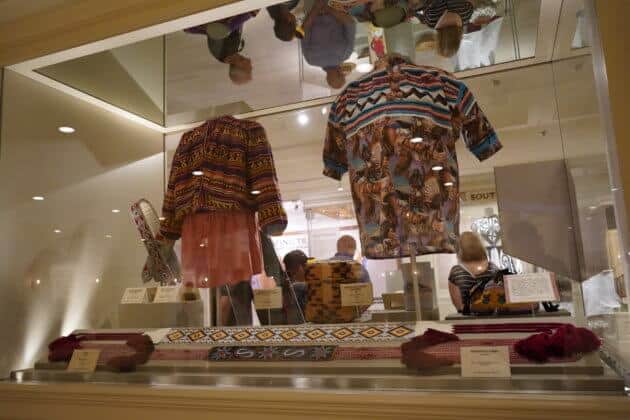