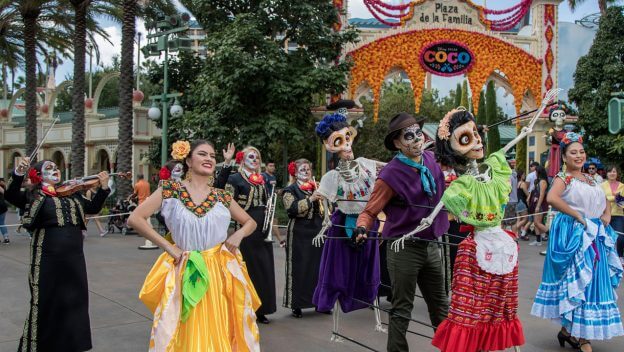 Disneyland Resort will once again be celebrating the day of the dead with the return of their special Dia de los Muertos celebration to both Disneyland Park and Disney California Adventure. Dia de los Muertos (also known as the Mexican Day of the Dead) has been celebrated with a variety of traditions for centuries to honor the dead.  The holiday has come to prominence in American pop culture and particularly with Disney fans after the release of Pixar’s “Coco.”

At Disney California Adventure, Plaza de la Familia will bring a limited-time festivity based on Disney-Pixar’s award-winning 2017 film “Coco” to Paradise Gardens. Guests can “share meaningful memories of loved ones at the interactive Memory Wall, enjoy the iconic Mexican Árbol de la Vida (Tree of Life) photo location, and take part in a new mask-making craft that depicts an alebrije (spirit guide) from the film.” 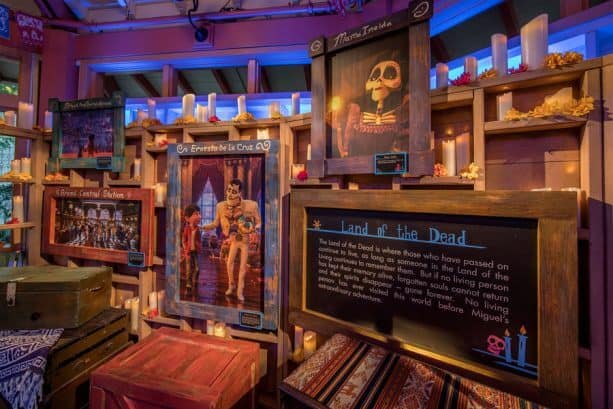 The world of “Coco” will be brought to life with an immersive art exhibit, the emotional Mariachi music performed on the bandstand, and the delicious Mexican food menu at Paradise Gardens Grill.

Several times throughout each day, “A Musical Celebration of Coco” will bring the Storytellers of Plaza de la Familia and the Grammy-award winning Mariachi Divas will tell the story of “Coco” through song and dance.

Also at Disney California Adventure, a special ofrenda paying tribute to Doc Hudson will be found at Ramone’s House of Body Art in Cars Land. 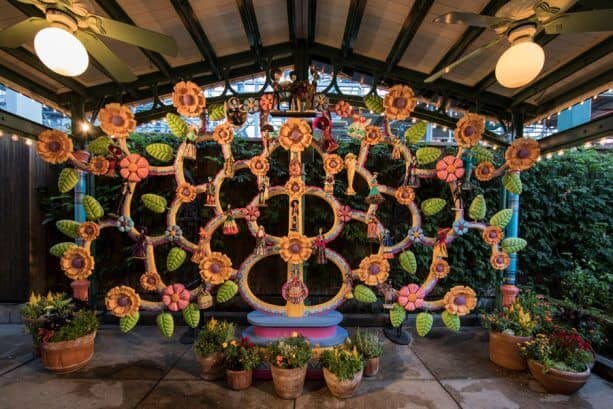 In Disneyland Park, Zócalo Park in Frontierland will be transformed into a beautifully colorful display, featuring marigolds, papel picado, a traditional ofrenda, calaveras (sugar skulls), an iconic figure of La Catrina and delicious food at the nearby Rancho del Zócalo.

The special Dia de los Muertos celebration returns to Disneyland Resort on September 7 and will run through November 2.

Will you be attending Dia de los Muertos at Disneyland Resort this year? Let us know in the comments below!