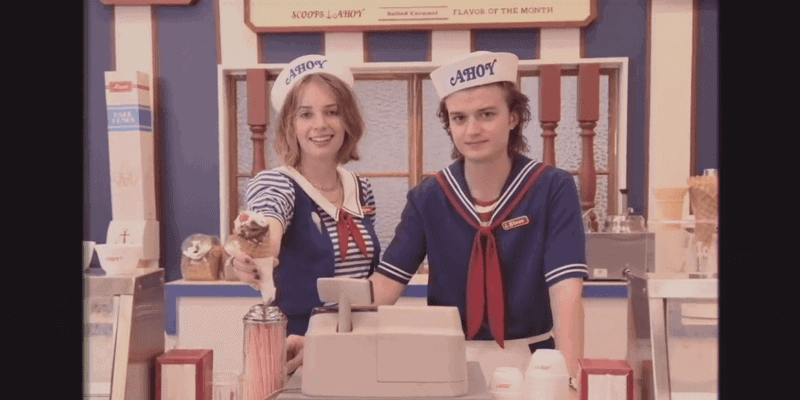 When “Stranger Things” returns to Netflix for its third season, Hawkins, Indiana will have a brand-new hangout: the Starcourt Mall.

The shopping center is featured in this new retro-style promo for the upcoming batch of episodes. According to Netflix, “Starcourt Mall will be one of the finest shopping facilities in America and beyond with options for the entire family. Including The Gap, Waldenbooks, Sam Goody, Claire’s and more! Don’t forget to cool off at Scoops Ahoy Ice Cream shop. Starcourt Mall has it all!”

The third season of “Stranger Things” kicks off in Summer 1985, and it looks like Steve (Joe Keery) has found a seasonal job at the new Scoops Ahoy ice cream shop in the mall. How long do you think this state-of-the-art mall will last in Hawkins before it gets destroyed by the latest evil from the Upside Down?

To create the retro mall for the series, Netflix transformed part of the Gwinnett Place Mall in Duluth, Georgia. Vacant storefronts in the shopping center got 1980s makeovers during filming earlier this spring.

There’s no official release date for “Stranger Things” Season 3, but expect to spend a lot of time at the brand-new Starcourt Mall when the series returns.