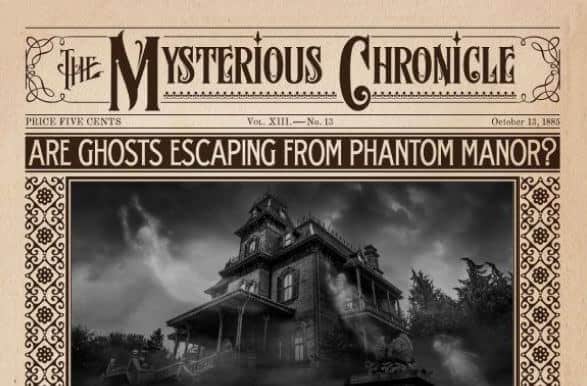 Since the start of 2018, Disneyland Paris’ Phantom Manor has been off-limits to guests.  Allegedly numerous nefarious nocturnal nuisances closed Ravenswood Manor on orders of the local constabulary.

On suspicion the restless spirits have begun to materialize outside the mansion’s confines, Thunder Mesa picture pro, James Collins, set up a special specter spotting camera to capture the ghostly goings on.  His haunting portraits proliferate the local paper: “The Mysterious Chronicle.” 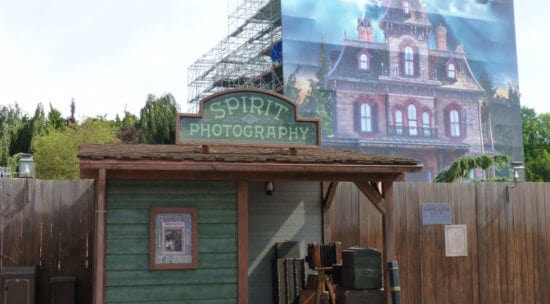 Eerie evidence emerged exemplifying that the grim grinning ghosts from Phantom Manor are coming out to socialize. Mr. Collins’ camera caught the attention of a few fiendish phantoms. Mysteriously managing to materialize AND operate the peculiar picture-taking apparatus, the phantoms are now snapping (and posing in) the photos themselves.  These ghostly pictures are then printed for use in the aforementioned periodical. 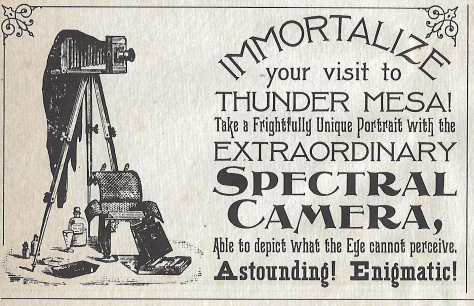 Paranormal pictures prove a perfect stand in for guests as Ravenswood Manor remains under lock-down (aka refurbishment).  Visitors have the option, via touchscreen tucked away in the Spirit Photography station located in front of Frontierland’s famous Phantom Manor.  Posing can be tricky, but subjects have the option to choose the best one of three captured images. 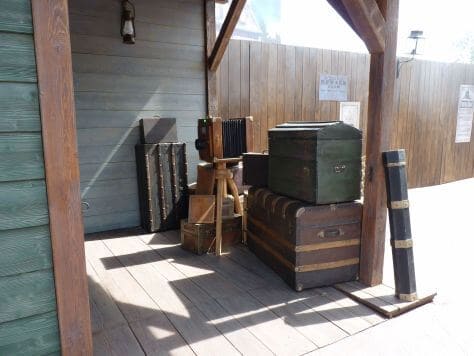 Once the image is decided upon, a ticket is offered and its off to pay.  Only local currency is accepted at the purchase/print station located on the other side of the booth.  Cost is 12 Euros (about $14). Pricing drops to half that for those possessing photo pass. After a brief pause for printing, out pops a special spirited edition of “The Mysterious Chronicle” featuring an oversized headline image on the front along with further Phantom Manor related articles printed on the back.  A protective cardboard tube is also dispensed. 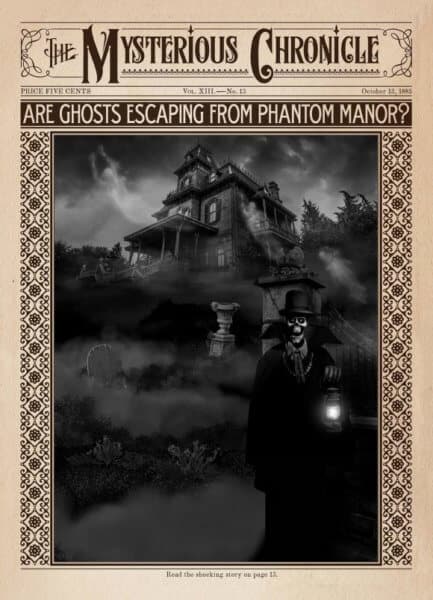 This vexing Victorian “Spirit Photography” booth, with its ghostly image featured haunting edition of “The Mysterious Chronicle” will continue to haunt Thunder Mesa until the sheriff deems Phantom Manor is once again safe to visit (scheduled for this fall, just in time for Halloween).