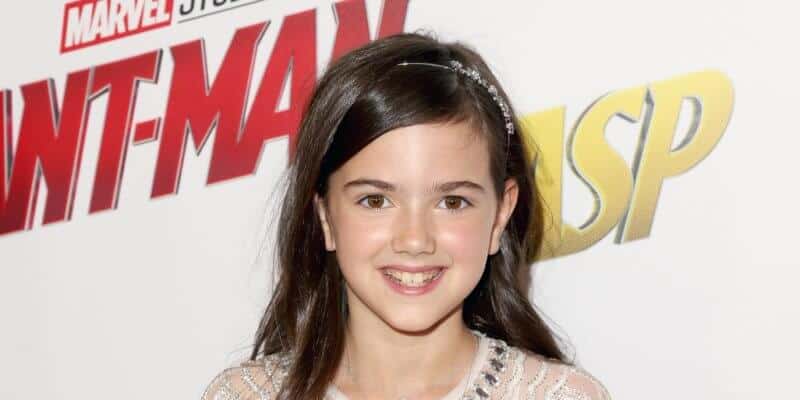 While the ten-year-old actress Abby Ryder Fortson is already best known for her role as Cassie Lang in the 2015 Marvel Studios movie “Ant-Man,” she also has a growing filmography that includes a recurring role on Showtime’s “Transparent” and a voice-over performance on DreamWorks’ animated series “Trolls: The Beat Goes On!”

This week Fortson returns to the Marvel Cinematic Universe in “Ant-Man and the Wasp,” reuniting with her fictional father Scott Lang AKA Ant-Man (Paul Rudd) and crossing her fingers that the movie version of Cassie follows in the same superhero footsteps as her Marvel Comics counterpart. Last week I had the wonderful opportunity to speak with Abby over the phone to discuss her role in the new movie.

Inside the Magic:  Can you tell me a little bit about your acting career before the first “Ant-Man”? What other projects that you worked on were you most proud of?

Abby Ryder Fortson:  I did [the ABC science-fiction series] “The Whispers,” that I starred in with Lily Rabe [of “American Horror Story”] when I was five. That was my first TV show, and it was [produced by] Steven Spielberg. And I also did [the HBO dramedy series] “Togetherness,” which was really fun to do. The director was Jay Duplass and it was [created] by the Duplass Brothers.

ITM:  How did you get involved with the first “Ant-Man” movie? What was the casting process like for that?

Fortson:  Well, I auditioned in my hallway and then I went in for the callback. My first audition is actually on YouTube. It was really fun to audition for it, and I really wanted to get the role, but I have no idea why casting chose me, or how they chose me, or anything inside of that.

ITM:  Why do you think you got the part? What do you feel like you have in common with the character of Cassie?

ITM:  That really comes across in the movie. How do you feel Cassie has changed at all in the sequel, and how do you think the family dynamic is different in “Ant-Man and The Wasp”?

Abby:  The relationship between Paxton [played by Bobby Cannavale], Maggie [Judy Greer], me, and Scott [Paul Rudd]– it’s nicer, because he payed child support and all that stuff, and Cassie is allowed to visit him now, because he’s was on house arrest. But Cassie changed in more ways than one, because she’s more independent and she’s stronger, and she also has more of an understanding of what her dad’s doing in the suit.

ITM:  Speaking of Scott Lang, tell me a little bit about working with Paul Rudd. Are there any specific moments that you remember from the set that stick out as being particularly fun?

Abby:  Yeah, the maze part [at the very beginning of the film]. The laser part in the maze was hilarious and fun. It was really funny because Paul kept acting like he was getting cut apart by the lasers. I was way more agile.

ITM:  When did you get to see the new movie for the first time?

Abby:  Yesterday, at the premiere!

ITM:  What was you’re reaction, and what do you hope audiences get out of it?

Abby:  I thought it was really fun to see how it came together after that whole year of hard work. Everybody was working their butts off. [Director Peyton Reed] told me that he was barely getting any sleep at all. What I really want the audience to get from it is the importance of family first, but still having a good relationship with friends. 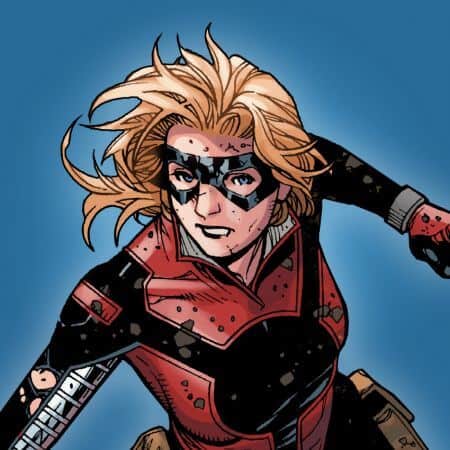 ITM:  In the Marvel Comics, Cassie Lang becomes the superhero Stature, later known as Stinger. You said earlier that you want to be a superhero, so what do you hope the future holds for Cassie in the Marvel Cinematic Universe?

Abby:  I really hope that I get to play Stature. I think it would be so cool to have the suit and just become a superhero… fight bad guys!

ITM:  What are some of your other favorite Disney movies outside of the Marvel Cinematic Universe?

Abby:  I really enjoyed the [live-action] version of “Beauty and the Beast,” and I also [love] all the Hayao Miyazaki movies [from Studio Ghibli, often distributed by Disney in the United States].

ITM:  Are you a Disney theme park fan, and if so what are some are your favorite attractions?

Abby:  I really like Disneyland; we go there a lot. My favorite ride is Pirates of the Caribbean and I really like Haunted Mansion.

Marvel Studios’ “Ant-Man and the Wasp” will be released into theaters nationwide this Friday, July 6.

Comments Off on INTERVIEW: “Ant-Man and The Wasp” star Abby Ryder Fortson discusses her role as Cassie Lang in big Marvel sequel