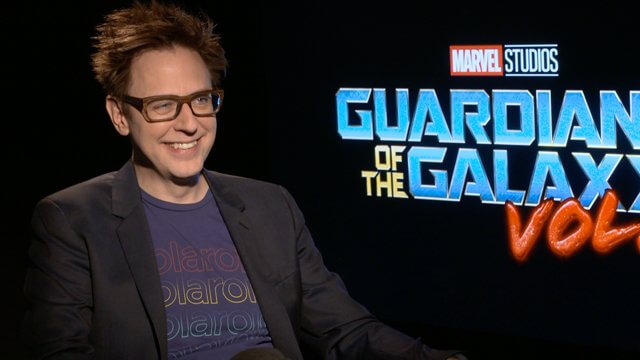 The situation has caused thousands of people to speak their opinions, including the stars of the “Guardians” franchise, who have taken to social media to show their support for Gunn.

The list of stars showing support for Gunn includes a relevant bible quote from Star-Lord himself, Chris Pratt:

“Understand this, my dear brothers and sisters. Let every person be quick to listen, slow to speak, slow to anger.”

It’s been a challenging weekend I’m not gonna lie. I’m pausing myself to take everything in before I speak out of term. I just want everyone to know I love ALL members of my GOTG family. Always will.

I will have more to say but for right now all I will say is this..@JamesGunn is one of the most loving,caring,good natured people I have ever met. He’s gentle and kind and cares deeply for people and animals. He’s made mistakes. We all have. Im NOT ok with what’s happening to him

Even the villainous Nebula herself, Karen Gillan, shared her thoughts:

Love to every single member of my GOTG family.

Michael Rooker, who plays Yondu, shared his thoughts before deleting his twitter account. His final tweet read, “This account will be inactive after today. We’re very tired & upset over the ongoing BULLS–T… neither I nor my rep will use Twitter again. Twitter sucks and I want nothing to do with it. Thank you to all who gave kind words & support. See you on Instagram.”

It goes without saying that I love and support my brother James and I’m quite proud of how kind, generous, and compassionate he is with all the people in his life. Since he was a kid, it was clear he had a desire (maybe destiny) to be an artist, tell stories, find his voice through comics, films, his band. The struggle to find that voice was sometimes clunky, misguided, or downright stupid, and sometimes wonderful, moving, and hilarious. Since devoting his entire life to the Guardians movies and MCU six years ago, I’ve seen him channel that voice into his work and seen him transform from the guy who made up things to shock people. I saw firsthand as he went from worrying about “softening his edge” for a larger audience to realizing that this “edge” wasn’t as useful of a tool as he thought it was. That his gift for storytelling was something better. I saw that he was more open-hearted than the guy who thought he needed to get a rise out of people by making nasty or offensive jokes (or whatever you choose to call them—I don’t think his bluer material was ever his funniest and neither does Mom). And the best part is, this change in my brother was reflected in the change that the Guardians go through. I’ve heard my brother say many times that when Quill rallies the team with “this is our chance to give a shit”—to care—that it’s the pep talk he himself needed to hear. It’s part of what made working on the Guardians movies such a rewarding experience for the cast. We managed to find ourselves involved in a big-budget superhero movie that was, at its core, deeply personal. That’s a gift. And that’s why it’s good. This isn’t new information, by the way. It’s all stuff that James has explained many times in interviews, in more detail and more eloquently. It’s not some new spin. It’s always been part of this story. So I guess my hope is that fans continue to watch and appreciate the Guardians movies, not despite the fact that the filmmaker used to be kind of a jackass, but because of it. They are, after all, movies about discovering your best self. Working on those movies made my brother a better person, and they made me one too. I’ll always be proud of that. Peace.

The “Guardians of the Galaxy” films have been a massive success for Disney and Marvel Studios thus far, with the first two movies earning $773 million and $863 million worldwide.