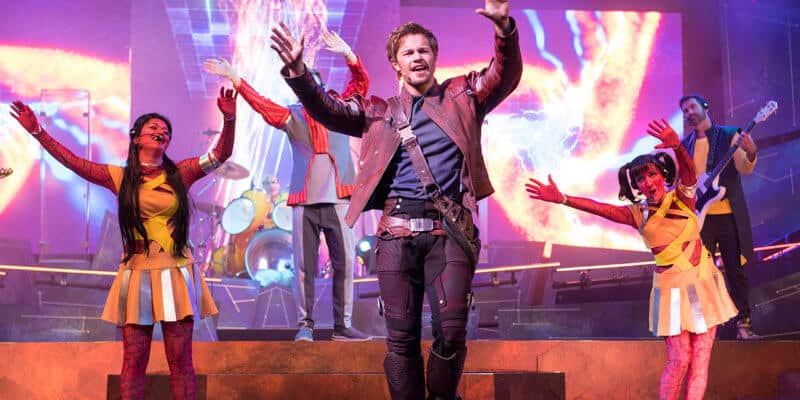 This afternoon, as part of the Incredible Summer at Walt Disney World, Epcot premiered its newest stage show “The Guardians of the Galaxy – Awesome Mix Live!”

During the new show at Walt Disney World, Star-Lord and Gamora from “Guardians of the Galaxy” and an alien band from Xandar let guests to Epcot enjoy a cosmic concert that’ll take them on a musical journey to the stars… and back!

WATCH – HIGHLIGHTS “THE GUARDIANS OF THE GALAXY – AWESOME MIX LIVE!”:

After saving their world from certain destruction, Peter Quill (Star-Lord) makes a deal with Nova Prime and the Mandarin government to bring an outreach program to his home planet to share Xandar’s rich heritage and culture with Earth’s people. And as luck would have it, Peter informed Xandar’s leaders that there’s already a similar place on Earth with this same mission… Epcot! 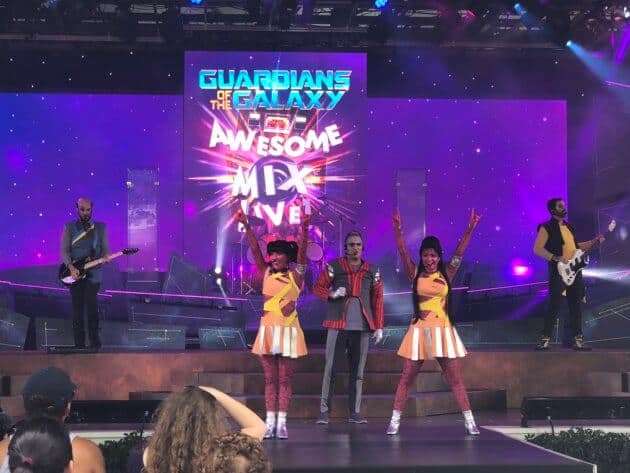 As part of their first outreach, Xandar has sent some of their most talented performers to showcase their music. This includes a 7-piece client band that brings everyone’s favorite hits from Awesome Mix Volumes 1 & 2 to life.

Disney encourages guests to sing along and dance while they jam out to timeless classics from the 70s and 80s during the show. Visitors to the show will certainly see Star-Lord bust a move at the special show! See some of Star-Lord’s groovy moves in the video above! 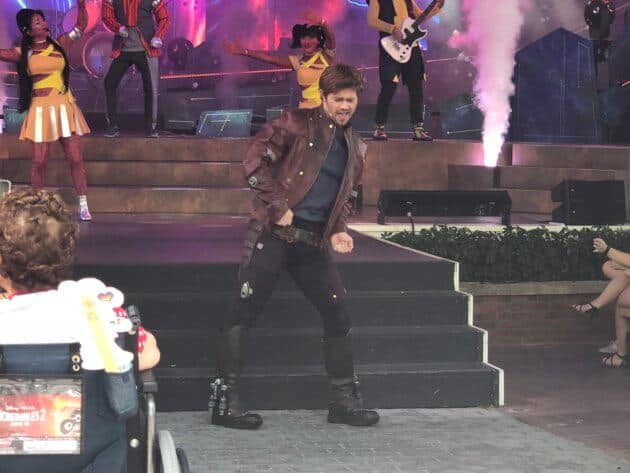 Starting today guests can catch “Guardians of the Galaxy – Awesome Mix Live!” five times a day through August 19 at the America Gardens Theatre at Epcot.

The show is included with theme park admission and is part of Walt Disney World’s lineup of “Incredible Summer” offerings.

Make sure to see the new show yourself before it ends!

Are you excited for this new show? Let us know in the comments below! 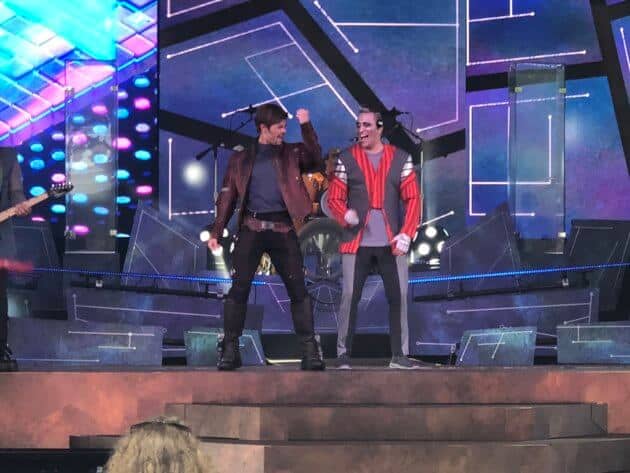 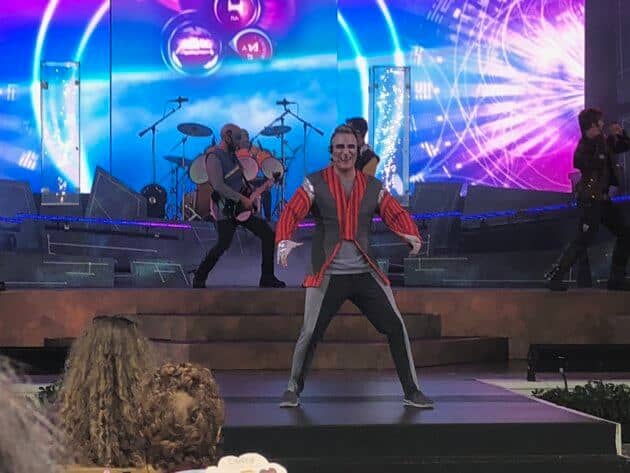 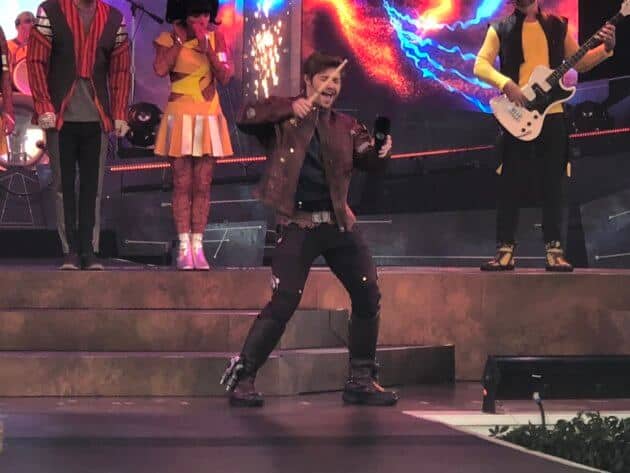 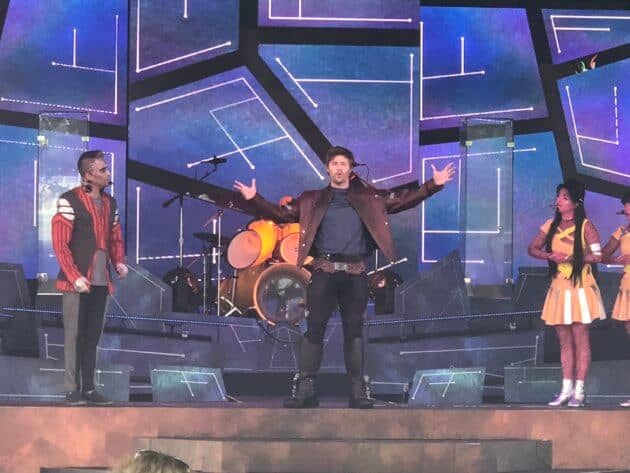 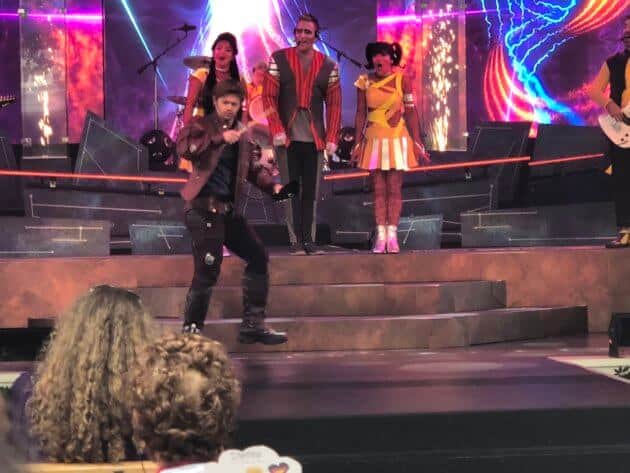 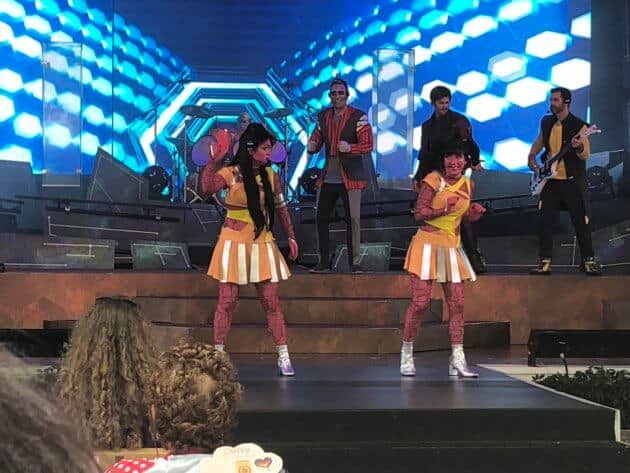 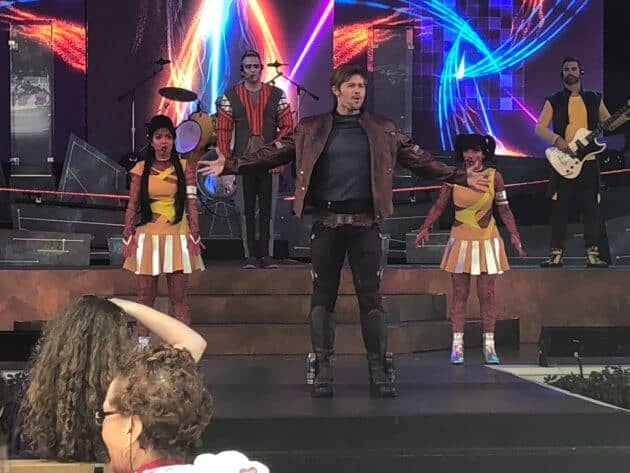 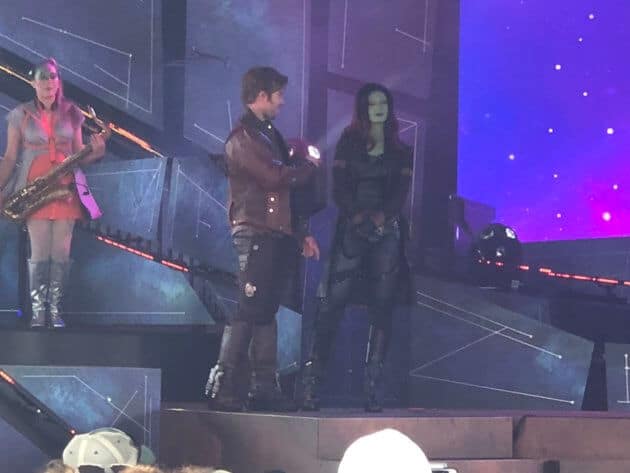 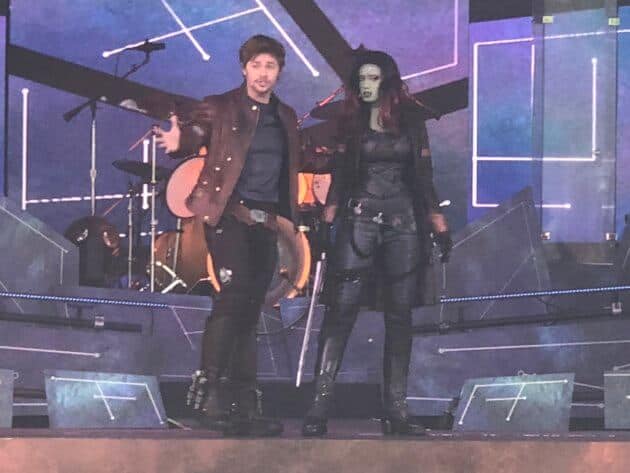 Comments Off on VIDEO: “The Guardians of the Galaxy – Awesome Mix Live!” show premieres at EPCOT