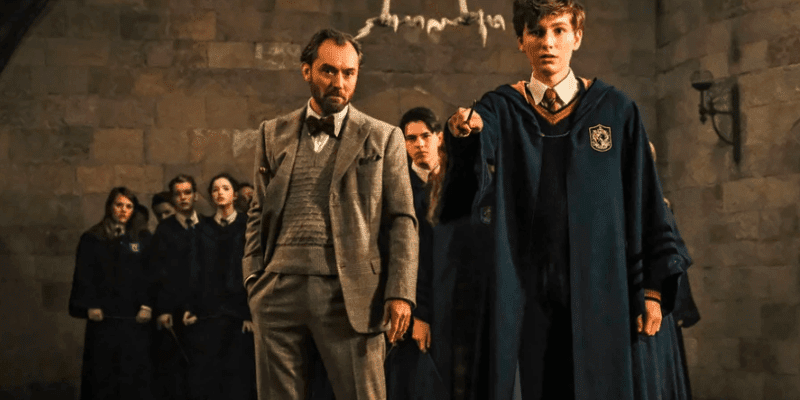 When “Fantastic Beasts: The Crimes of Grindelwald” arrives in theaters, we’ll meet a young Dumbledore (Jude Law) and an even younger Newt Scamander (Joshua Shea).

Entertainment Weekly revealed this image from the upcoming movie, from a flashback scene featuring Newt as a Hogwarts student with Dumbledore by his side. In the first film, audiences learned Newt Scamander was expelled from Hogwarts after endangering someone’s life in an incident involving one of those fantastic beasts. Judging by this photo, we’ll learn more about Newt’s ill-fated stint at Hogwarts in the new film. 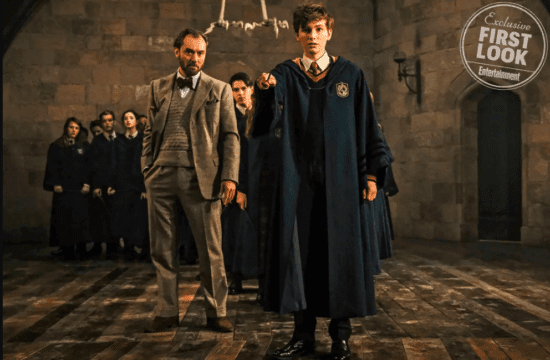 “Fantastic Beasts: The Crimes of Grindelwald” hits theaters on November 16.

Comments Off on PHOTO: First look at young Newt Scamander in new image from “Fantastic Beasts: The Crimes of Grindelwald”