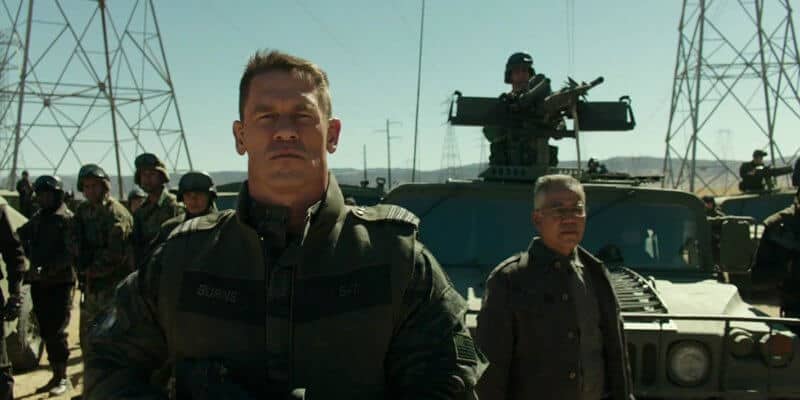 Normally you can’t see him, but “Bumblebee” star John Cena showed up at San Diego Comic-Con 2018 dressed as the fan-favorite Transformer to surprise guests, and the result was hilarious.

While he’ll be fighting against Bumblebee in the upcoming film, Cena dressed as the robot to ask guests of the convention a series of questions, on a mission to find out who would win: John Cena or Bumblebee?

ICYMI: John Cena disguised himself as Bumblebee at Comic-Con to question fans who would win in various competitions: John Cena or Bumblebee? ? pic.twitter.com/MEEJn9RYvt

It was only after Cena would ask his questions that he would reveal to the guests that it was him under the costume, resulting in a series of comical reactions. The WWE Superstar-turned-movie star certainly managed to surprise some of his fans.

Cena also recorded another video dressed as Bumblebee, in which he poses all the difficult questions about the character that he promises will be answered in the new movie.

I asked the fine folks @IGN to help me find the true meaning of robot existence at #SDCC. But did I, as John Cena, find the answers to living as a Bumblebee? Let’s find out. @bumblebeemovie https://t.co/j4RJde71Cg pic.twitter.com/nEqBtuVgL2

Cena will star as the Transformer-hunter, Agent Burns in the upcoming “Transformers” spinoff and will be joined by Hailee Steinfeld who plays Charlie. Here is the official synopsis for the film:

On the run in the year 1987, Bumblebee the Autobot seeks refuge in a junkyard in a small California beach town. Charlie (Hailee Steinfeld), on the brink of turning 18 years old and trying to find her place in the world, soon discovers the battle-scarred and broken Bumblebee. When Charlie revives him, she quickly learns that this is no ordinary yellow Volkswagen.

“Bumblebee” will be directed by Travis Knight (“Kubo and the Two Strings”). You can see all the excitement of the “Transformers” franchise when “Bumblebee” crashes into theaters December 21. You can check out the teaser trailer here.

Are you excited to see John Cena in “Bumblebee?” Let us know in the comments below!