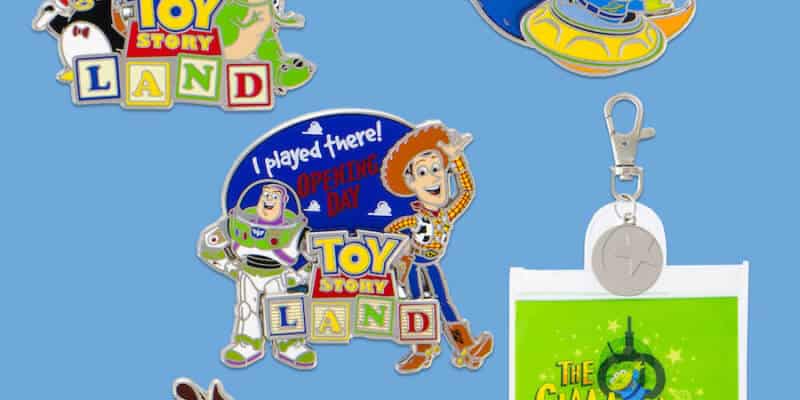 An assortment of commemorative t-shirts, accessories, and drinkware are available as keepsakes from your first trip to Toy Story Land. Many of the items include “Opening Summer 2018” or “I Played There” messaging. 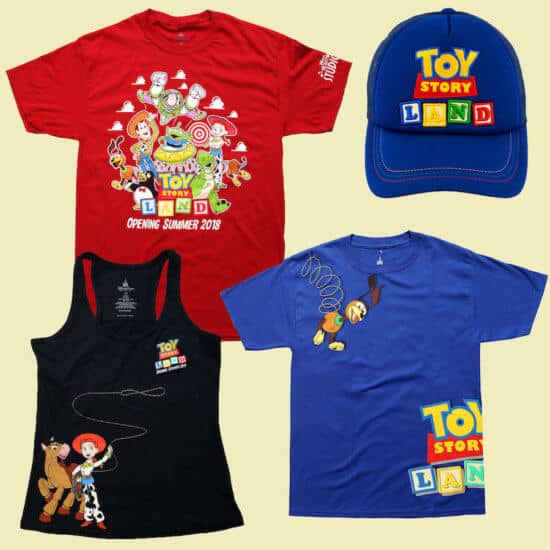 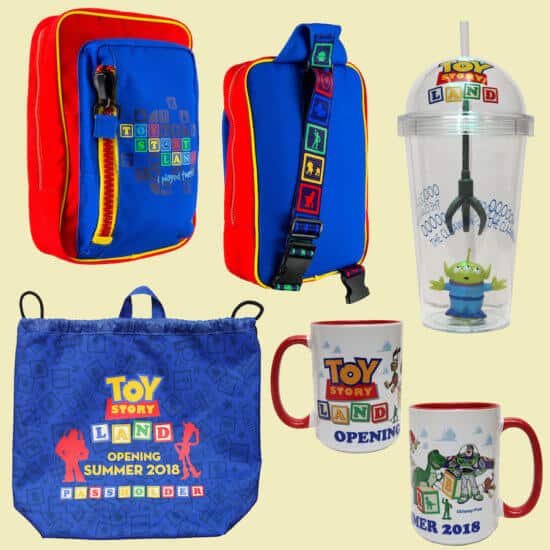 In addition to the tote bag pictured above, Passholders can purchase an exclusive pin and seasonal ornament. Other pins and accessories are available as well, including a mystery pin set designed to look like toy blocks. 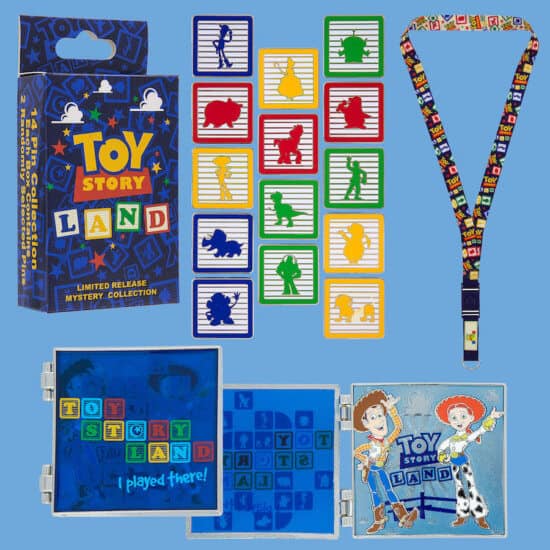 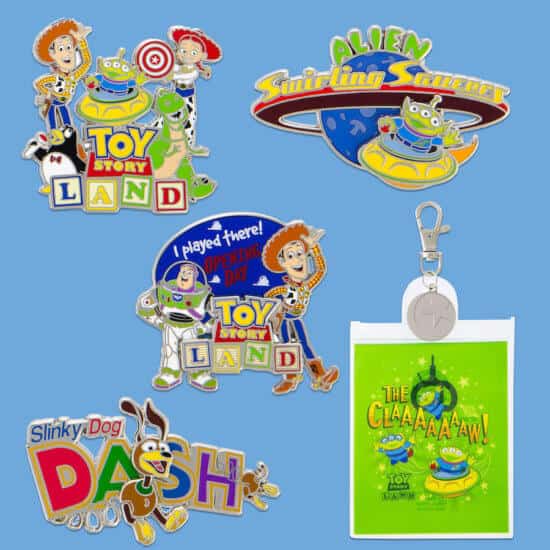 More fun Toy Story Land merchandise was revealed in May, which you can preview here. Items included headbands inspired by Slinky Dog and Aliens and a light-up Slinky Dog toy.

When Toy Story Land opens later this month, guests can find this merchandise at two retail stands within the new land and in select shops at Disney’s Hollywood Studios, including Mickey’s of Hollywood, In Character, and Beverly Sunset.