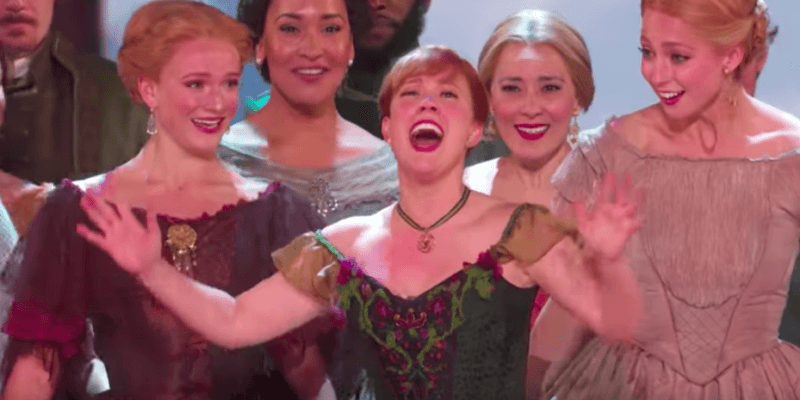 “Frozen – The Musical” is (ironically) the hottest show on Broadway right now and the stellar cast delivered an impressive performance of two beloved songs at the 2018 Tony Awards in Radio City Music Hall last night.

The cast, led by Caissie Levy as Elsa and Patti Murin as Anna, performed “First Time in Forever” and “Let it Go,” casting a wintry spell over the hot crowd and even creating a snowfall inside Radio City Music Hall.

“Frozen – The Musical” premiered on Broadway back in March and has wowed audiences ever since with its impressive cast and stunning set design. The rest of the talented “Frozen” cast includes Jelani Alladin as Kristoff, Greg Hildreth as Olaf, Andrew Pirozzi as Sven, Robert Creighton as Weselton, Kevin Del Aguila as Oaken, Timothy Hughes as Pabbie and John Riddle as Hans.

Tickets are available now for “Frozen – The Musical” on Broadway. Get them here. You can also sign up for information regarding the show’s eventual North American tour here.

Comments Off on VIDEO: The cast of “Frozen – The Musical” perform “First Time in Forever,” “Let it Go” at 2018 Tony Awards