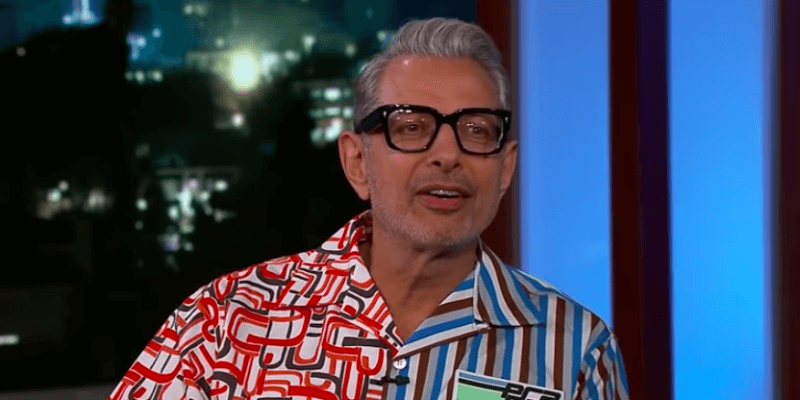 The theatrical arrival of “Jurassic World: Fallen Kingdom” is almost here and we couldn’t be more excited. One of the most exciting things about this Jurassic sequel, is the return of Jeff Goldblum to the iconic franchise.

Goldblum will reprise his role of Dr. Ian Malcolm, a role he hasn’t played since “The Lost World: Jurassic Park” was released in 1997, 21 years ago.

But if actor Martin Ferrero had his way, none of this would have been possible. Goldblum appeared on “Jimmy Kimmel Live” to discuss “Jurassic World: Fallen Kingdom,” and told an interesting story about how the history of the Jurassic franchise was almost drastically different than the one we know.

Goldblum explains that when he first met Ferrero, who played Gennaro in “Jurassic Park,” he suggested that Dr. Malcolm should be killed while his character survives. Gennaro, you may remember, is the lawyer who is eaten by a Tyrannosaurus Rex while on the toilet.

Ferrero’s idea may have stemmed from Michael Crichton’s novel on which the movie is based. In the novel, Gennaro survives (though he is a very different character from what we saw in the movie) and Malcolm dies after being fatally wounded in the initial T-Rex attack.

Luckily, when is comes to the movies, that idea never made it any further than this meeting between the two actors and we got three movies worth of Dr. Ian Malcolm.