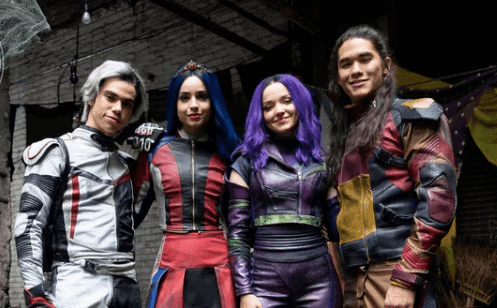 All of your favorite Villain Kids are set to return in the Disney Channel Original Movie “Descendants 3,” and today we got a first look at some of their new get-ups.

Entertainment Weekly, shared the behind-the-scenes image of Mal, Evie, Carlos and Jay in their new outfits from the upcoming second sequel in the popular “Descendants” series. 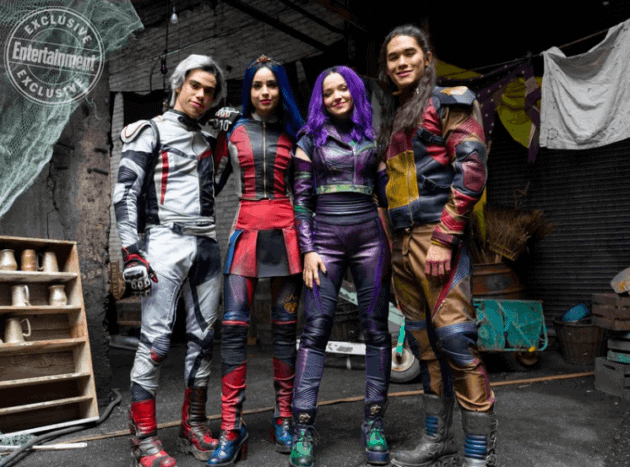 There is no release date set yet for “Descendants 3” but it is currently planned to premiere in 2019.

Comments Off on PHOTO: First look at Mal, Evie, Carlos and Jay in Disney Channel’s “Descendants 3”