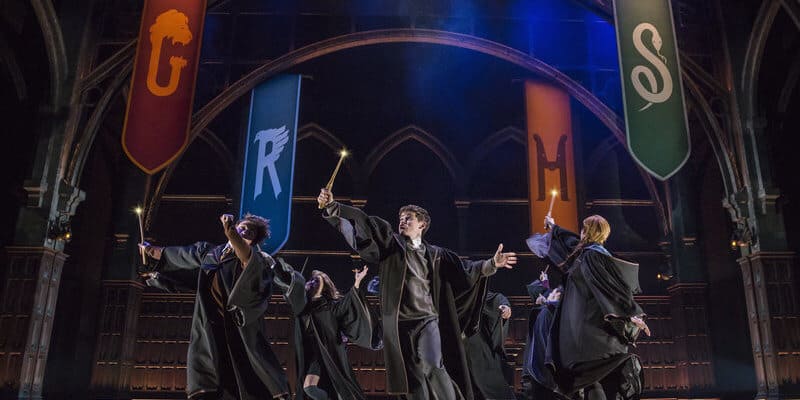 Harry Potter and the Cursed Child, the two-part play based on J.K. Rowling’s Wizarding World, took home the Tony Award for Best Play.

With a total running time of about 5 and 1/2 hours, the play takes place 19 years after the events of “Harry Potter and the Deathly Hallows.” Harry is now an employee at the Ministry of Magic and his younger son, Albus Severus Potter, is about to attend Hogwarts. The play opened in London in 2016 and arrived on Broadway in April 2018.

The script for Harry Potter and the Cursed Child, Parts One and Two was written by Jack Thorne, based on a story by J.K. Rowling and John Tiffany.

Currently running at the Lyric Theatre in New York, tickets were hard to come by even before the show was named Best Play at the Tonys. To check on availability, head over to the show’s official website.