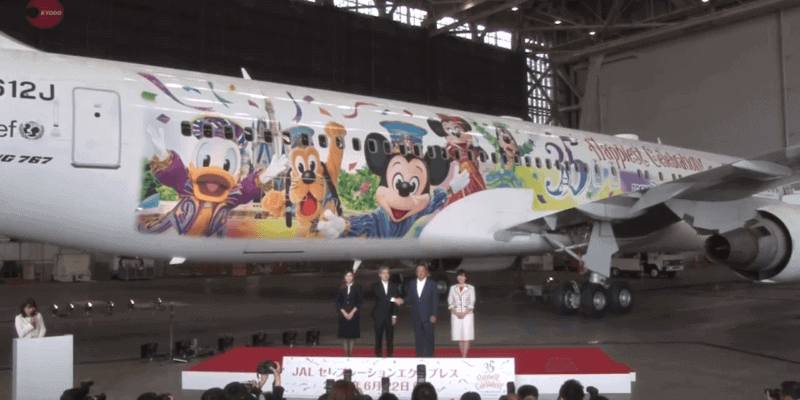 Japan Airlines is celebrating the 35th anniversary of Tokyo Disney Resort with a new Disney-themed airplane.

This special Disney-themed airplane will only be making domestic flights. The first flight, bound for Fukuoka, departed from Haneda Airport in Tokyo on Friday, June 22.

Tokyo Disney Resort is currently celebrating its anniversary with “Happiest Celebration” festivities, which run until March 25, 2019.