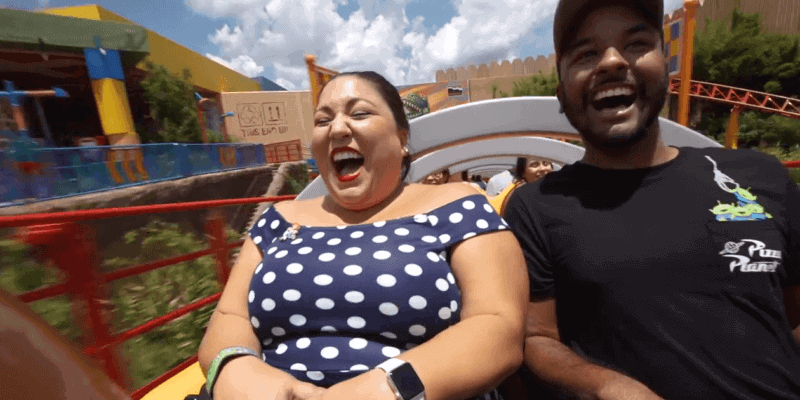 Disney fans have a little over a week to wait before the grand opening of Toy Story Land at Disney’s Hollywood Studios, but some lucky Disney Cast Members have already experienced the new Slinky Dog Dash attraction.

One of the major new attractions in Toy Story Land, Slinky Dog Dash is a family coaster styled to look like Andy built it in his backyard. Guests go twisting and turning around curves while seated inside Slinky Dog-themed ride vehicles. In the video below, see Disney Cast Members take an early ride on the attraction, which looks like it’s going to be a whole lot of fun.