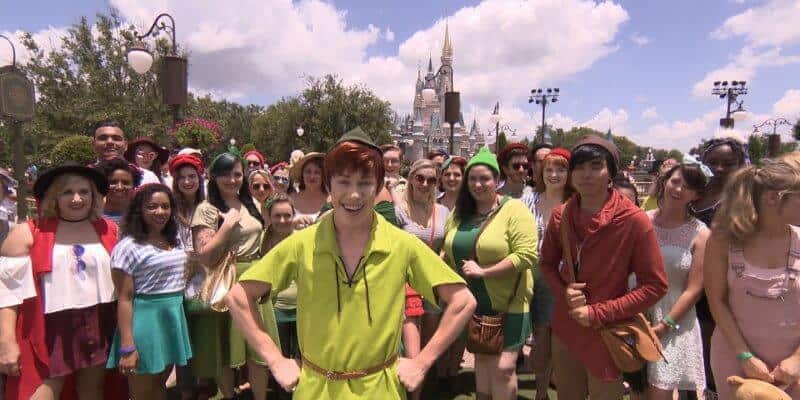 Take a look at the fun Peter Pan parade in the video below.