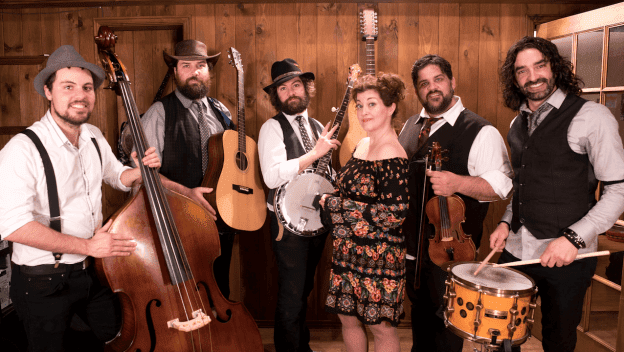 For a limited time this summer, see the Blueberry Grass Band perform on the Mill Stage at Epcot’s Canada Pavilion.

Hailing from Quebec, the six-person band puts their own spin on French and English Canadian hits. The group uses a variety of instruments during their shows, including string bass, guitar, violin, drums, banjo, and vocals. Blueberry Grass Band has performed in 20 countries and appeared on “Britain’s Got Talent” and “The Tonight Show with Jay Leno.”

The band takes its names from a nickname given to residents of their home region, Saguenay-Lac-St-Jean, in Quebec. In that area, locals are playfully referred to as “blueberries.”

You can enjoy the upbeat music of Blueberry Grass Band from June 13 – August 26 on Canada’s Mill Stage at Epcot.