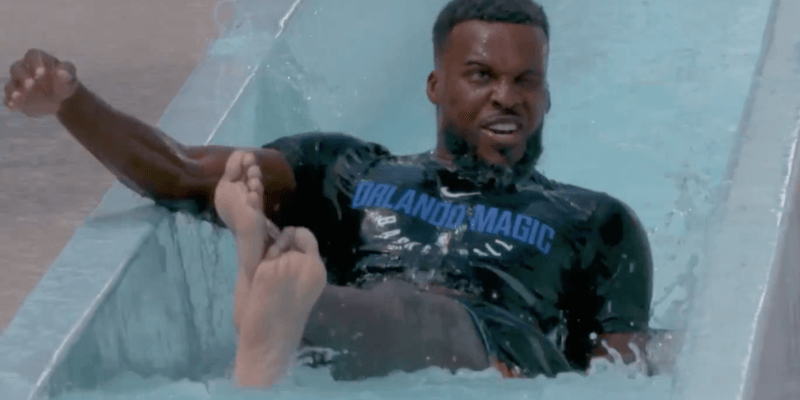 Orlando Magic players kicked off their summer by soaking up the Florida sun at Disney’s Blizzard Beach water park for a day of fun.

The NBA season has finally come to an end and of course, the best way to celebrate the end of any major league sport is by going to Walt Disney World! Which Orlando Magic players D.J. Augustin, Shelvin Mack, Terrence Ross and their families all decided was best.

Take a look at the players at the water park below!

Some of the attractions the guys and their kids enjoyed included Tike’s Peak, a snow-castle fountain play area, the Downhill Double Dipper, Melt-Away Bay and the wave pool at the base of Mt. Gushmore.

Also during their visit, the guys were feeling a little daring and took on Summit Plummet, a 120 foot free falling water slide that travels up to 55 mph.

What’s your favorite water ride at Disney’s Blizzard Beach? Let us know in the comments below!