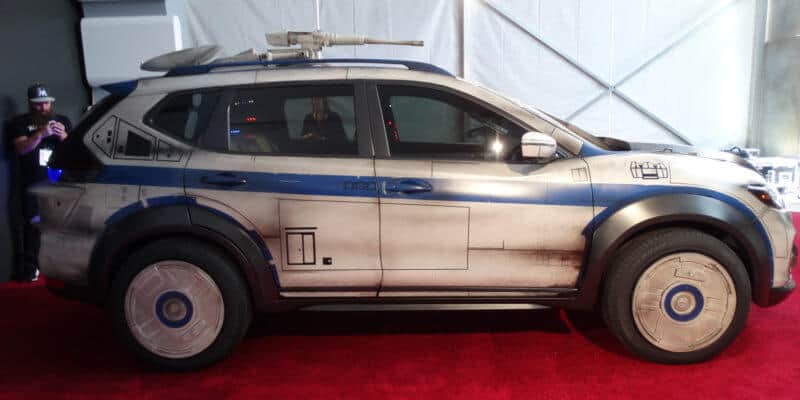 She may not look like much, but she’s got it where it counts… well, “she” actually does look pretty sweet, if the she in question is the latest “Star Wars”-themed custom show vehicle revealed just in time for this evening’s world premiere of “Solo: A Star Wars Story.” The 2018 Nissan Rogue has been comprehensively overhauled to reflect the design of the iconic Millennium Falcon, famously one of the fastest ships in the “Star Wars” galaxy.

Near the end of a several-day-long media event spanning both Northern and Southern California, the Millennium Falcon Nissan Rogue was unveiled on the red carpet on Hollywood Boulevard just steps from where the very first showing of the new “Star Wars” movie will take place later tonight. Expect to see the film’s young stars such as Alden Ehrenreich (Han Solo), Emilia Clarke (Qi’Ra), and Donald Glover (Lando Calrissian) strolling past the vehicle on their way into the theater while attending the premiere.


“As the third installment of our own trilogy of collaborations with Lucasfilm, we raised the bar delivering our best custom show vehicle yet,” said Jeremy Tucker, Nissan’s vice president of marketing communications and media. “We started with the best-selling Nissan Rogue and worked with the talented concept designers at Lucasfilm and ILM. Then, we turned to the  experts at Vehicle Effects bring it to life. The result is hands-down the most complete and thrilling vehicle we’ve ever done.”

The car’s detailing include unmistakable elements borrowed from the famous Millennium Falcon spaceship as seen in numerous “Star Wars” movies, owned and captained by Han later on in the timeline, but under the control of that smooth smuggler Lando as the “Solo: A Star Wars Story” prequel begins. Even the interior of the Nissan Rogue received a makeover, replicating the feel of the Falcon’s instantly-recognizable cockpit, complete with authentic lights and sounds. 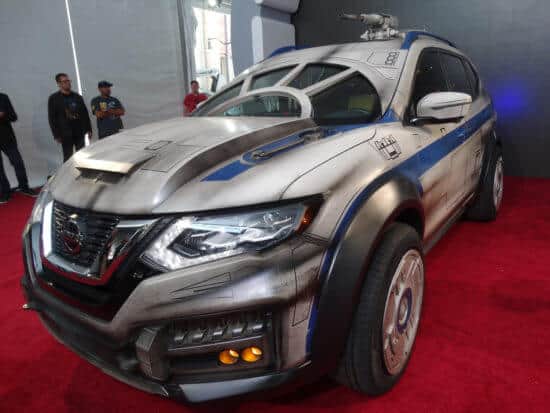 But other than Nissan’s role as sponsor of the “Solo” premiere, why convert the Rogue into the Millennium Falcon?

Merging the likeness of the Millennium Falcon with the Nissan Rogue was a natural fit. ProPILOT Assist, a Nissan Intelligent Mobility technology, helps drivers maintain speeds and guide the Rogue “Straight Down the Center.” Similarly, the Millennium Falcon always seems to find its way out of trouble ahead by navigating obstacles with apparent ease.

The transformation from compact SUV to Millennium Falcon was completed by Burbank, California’s Vehicle Effects under the supervision and approval of Lucasfilm, Industrial Light and Magic, and of course Nissan.

“Solo: A Star Wars Story” will be released into theaters nationwide on Friday, May 25th. The Nissan Rogue is available now. For more information, be sure to visit the official Nissan News website. 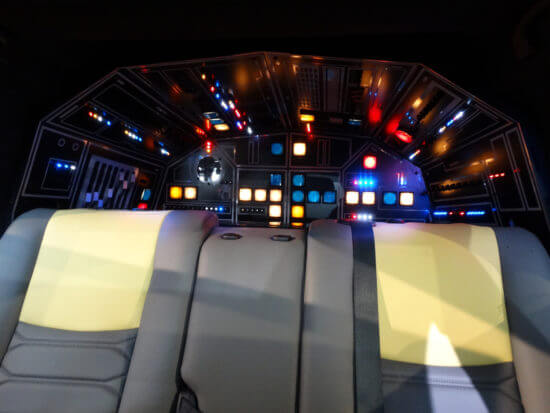 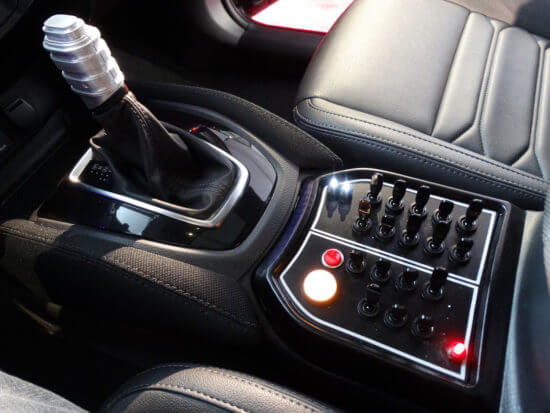 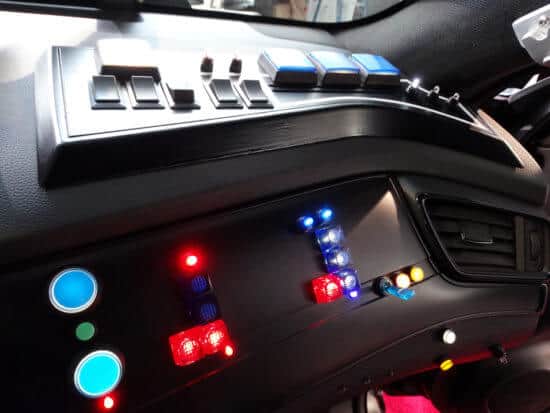 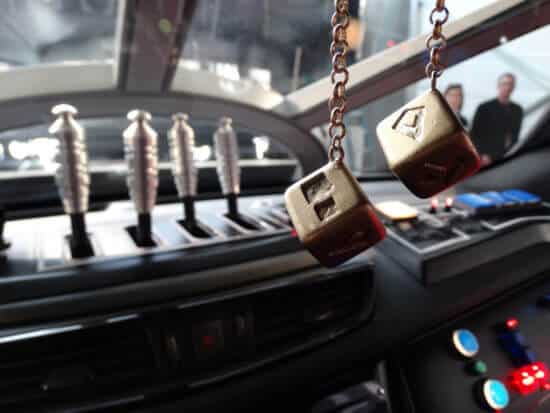 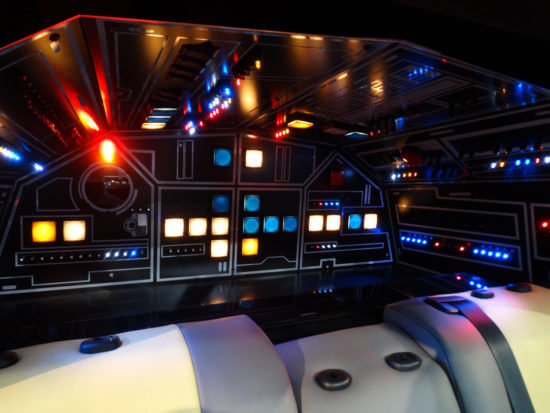 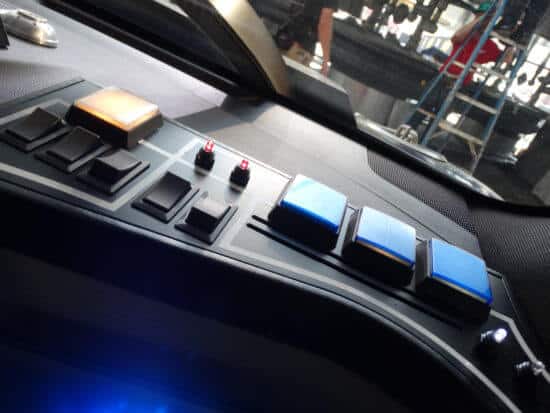 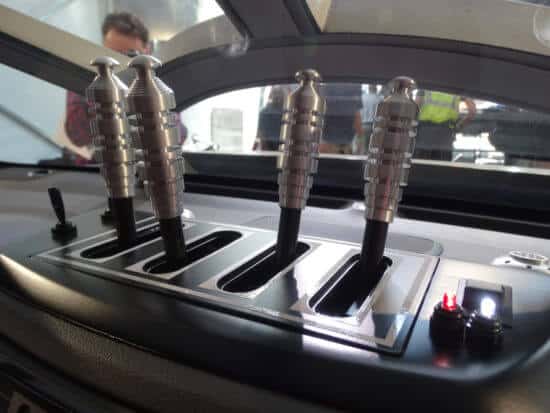 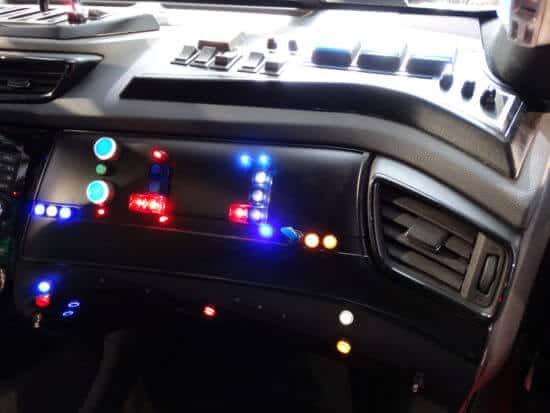 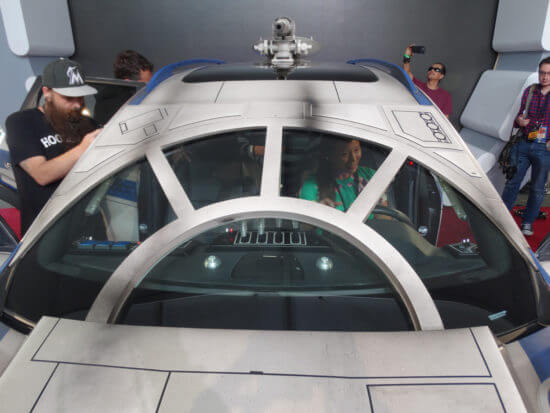 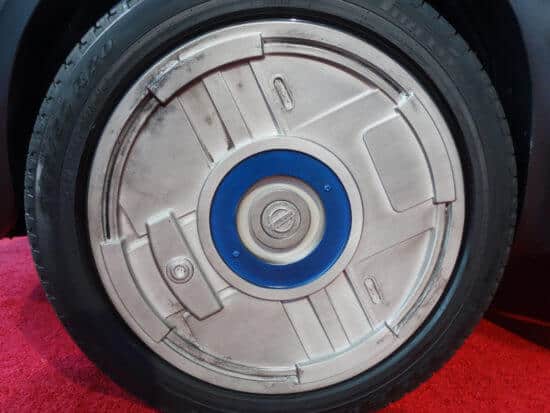 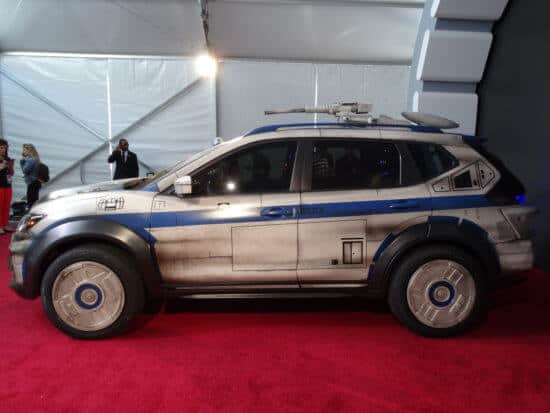 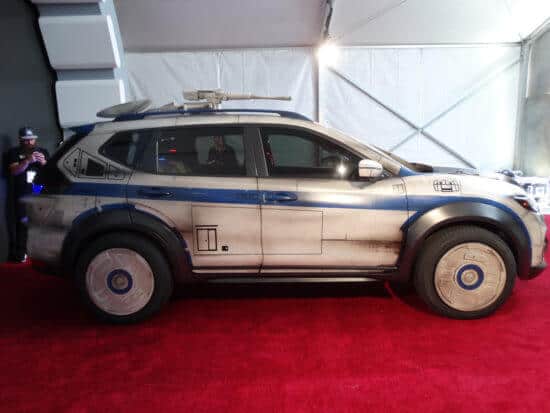 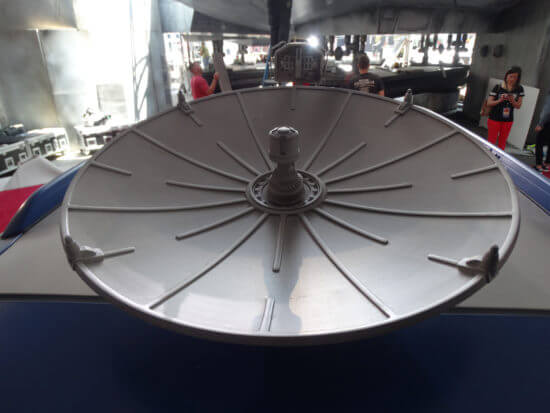 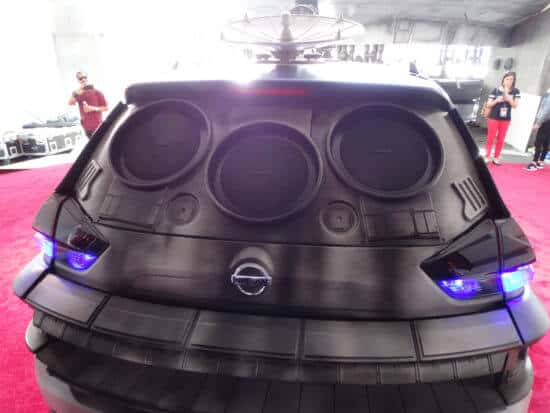 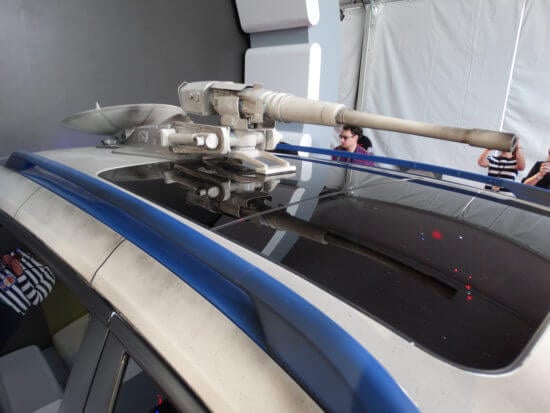 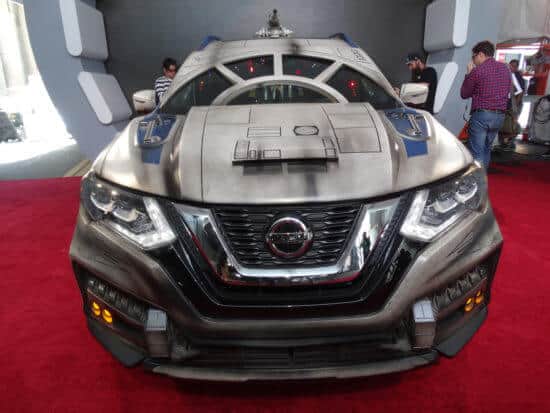 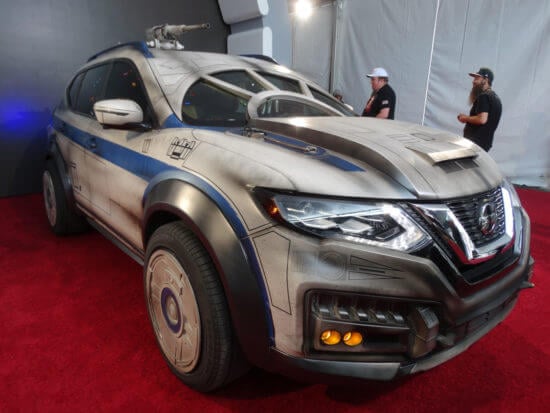 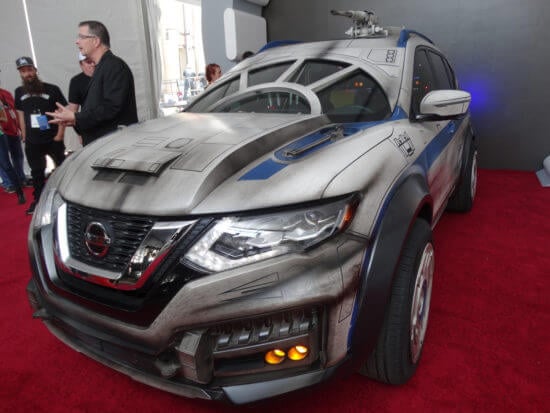