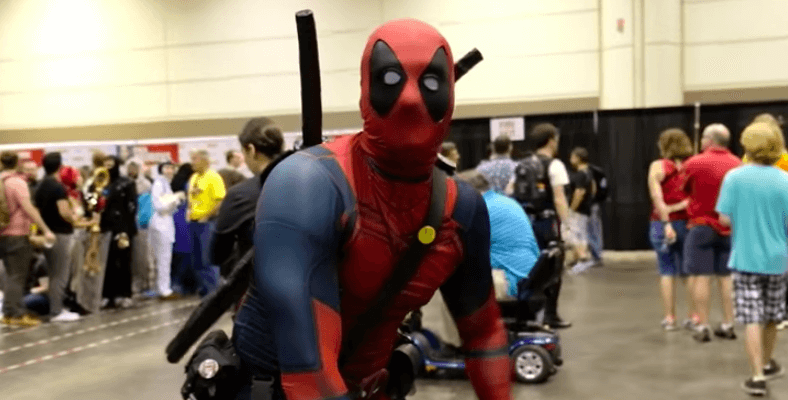 Deadpool has always been one to speak his mind and pretty much do whatever he wants. So when the outspoken anti-hero finds out Jeff Goldblum is going to be at MegaCon Orlando 2018, he goes and asks everyone he can to help find him.

A Deadpool cosplayer, (we think, it could have been the real Deadpool) went to MegaCon Orlando 2018 to “make Jeff Goldblum pay for ‘The Fly.'” He asked everyone in sight to help him find the actor, including an adorable young Captain America. As you can guess, the result was hilarious.

While this was easily the most outspoken and interactive Deadpool at the event, he was far from the only Deadpool. In fact, there were dozens of different Deadpool cosplays with various twists on the character.

Comments Off on VIDEO: Hilarious Deadpool searches for Jeff Goldblum at MegaCon Orlando 2018