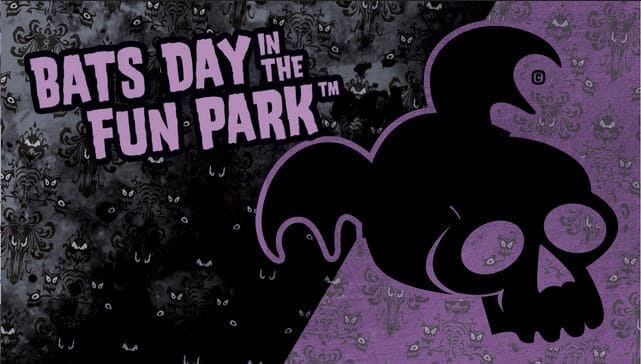 For 20 years fans of Goth and Industrial music have attended events and gathered for magical meet-ups in Anaheim, California. This Saturday and Sunday will be the last chance to go Goth and enjoy the weekend’s festivities.

What began as a gathering of patrons from local night clubs, Bats Day in the Fun Park has grown from it initial gathering of just under 100 local fans to hundreds of fans from all over the world converging for an annual meet up.

The initial Disneyland gathering of gothic subculture fans in 1999 has transformed into a weekend of several spooktacular events.  While it may seem like to those unfamiliar with the culture the Goth-Industrial event is not a dress up day like Dapper day, but rather an opportunity for those who enjoy the lifestyle to gather “as is” as group and enjoy events and a visit to Disneyland.

“It was once told to me, what started out as a small group of goofy, creepy death rockers going to Disneyland, has grown into its own institution and is just crazy and amazing.  At the first official Bats Day, there was only 80 people. At the second Bats Day there was just over 200 people. The best thing is that everyone who goes to Bats Day can just leave all their cares and worries at the gate, and just have a fun time . . . “ Bats Day in the Fun Parks Website

The event originally took place every August but was change to the cooler month of May in celebration of a 10th “Year of a Million Screams” anniversary in 2008.  As previously announced, 2018 will be the final Gothic gathering of the popular event.

In past years fans have been able to attend a Bats Day Black Market and a Bats Day dark Park concert, but, according to the event’s website, those events have been cancelled for 2018. 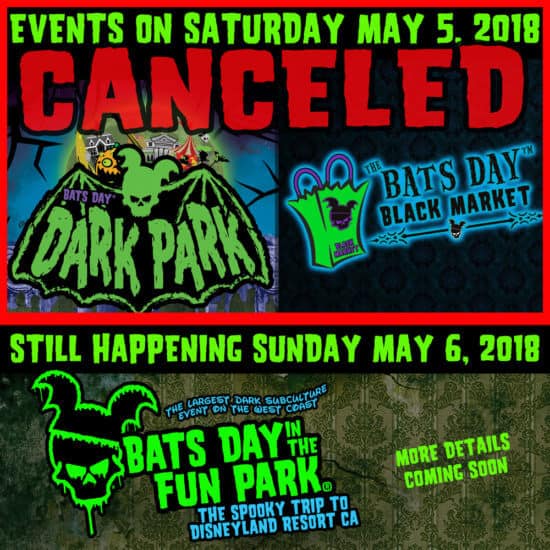 Existing eerie events include a “Bats Day in the Fun Park: The Final Wake.” This Saturday swan song soiree takes place at Hyatt Regency of Orange County.  Cash bar and food will be available along musical entertainment.  Aside from the Goth gathering at Disneyland the next day, this is the only event of the weekend and the only opportunity to obtain event t-shirts.  The evening event takes place from 7pm – 11pm and is free to attend for guests of all ages (minors must be accompanied by an adult). 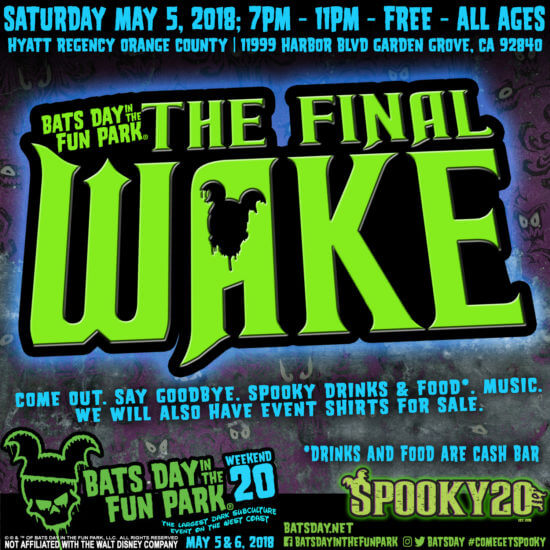 Scheduled for Sunday’s swan song at Disneyland, the final photo op will take place at 5pm in front of Sleeping Beauty’s Castle (be sure to review requirements for this final photograph on the Bats Day website). 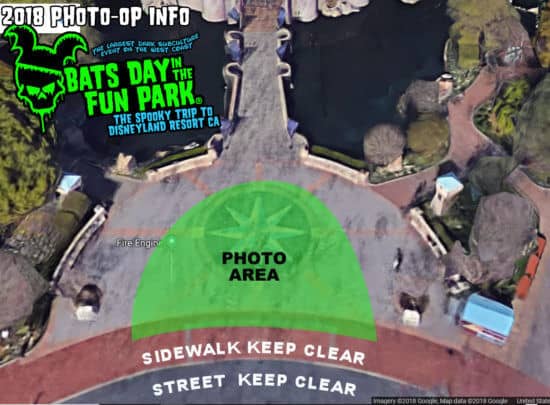 A fitting farewell final event takes place Sunday night at 8:30pm.  Grim grinning ghosts await this ghoulish gathering of Goth guys and gals at the Haunted Mansion. No flash photography please, this macabre meetup will be delightfully dark Doombuggy ride only (there will not be a photo op). 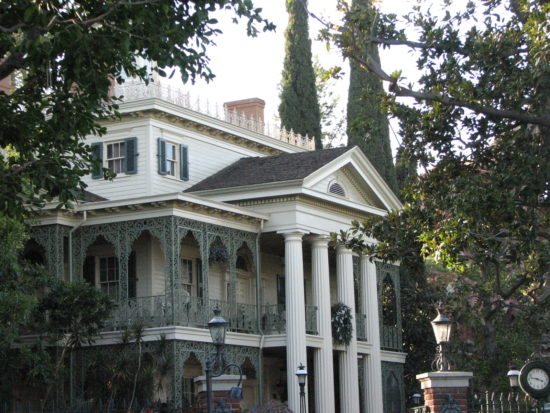 The casket closes this year. Unfortunately, as stated above, Bats Day in the Fun Park comes to a close after this weekend’s fiendish festivities.  A similar event, Spooky Day in the Park, took place in Florida last year, but, sadly, was not well attended. As a result, it is uncertain if an East Coast alternative will materialize in 2018. Neither event is or was run or affiliated directly with the Walt Disney Company.

“Anaheim, California (January, 2018) — Twenty years! Let that sink in for just a moment: May of 2018 brings with it the 20th Bats Day In The Fun Park. What began in 1999 as a small group of Goths and Deathrockers having fun has turned into a huge, amazing, world-famous annual tradition. But although 2018 marks the 20th year of Bats Day in the Fun Park®, it’s also unfortunately time for us to say goodbye after one last gathering of dark subcultures.”  -Bats Day in the Fun Park website