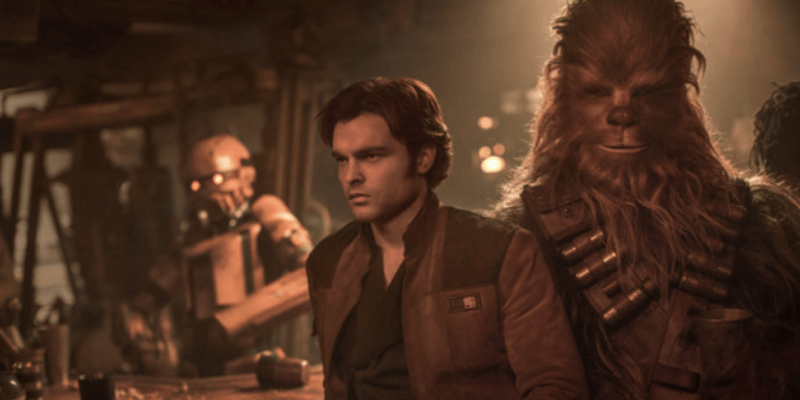 “Solo: A Star Wars Story” finally opens in theaters tonight, and this new “Scoundrels” featurette gives us one last look at the characters before they hit the big screen.

In the new movie, audiences will learn more about Han Solo’s history and relationships with Chewbacca, Lando Calrissian, Qi’ra and Beckett. How does this group of space scoundrels make Han Solo the charismatic pilot we all know and love? See a preview of the story in the video below, and see the full movie in theaters starting tonight.