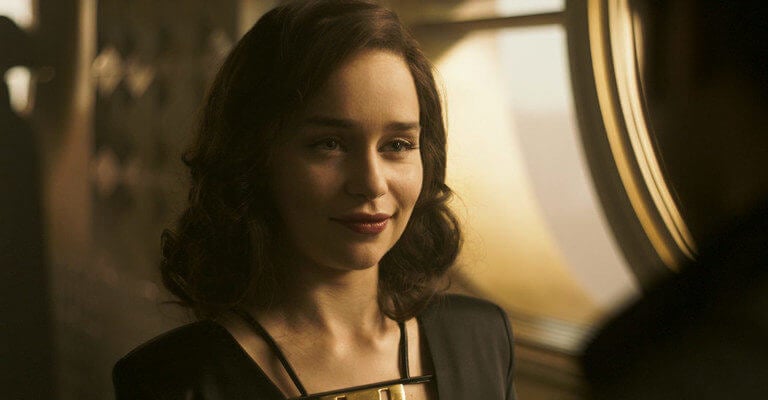 Emilia Clarke has a lot of talents. Impersonating Chewbacca is not one of them. The star of “Solo: A Star Wars Story” worked a lot with the famous wookiee in the new film, so naturally she was willing to show off her impression on “The Tonight Show starring Jimmy Fallon.”

Fallon attempts an impersonation first, without much success. Clarke’s impression though, will have you feeling confident in your own ability to impersonate Chewie, even if you’ve never tried it before.

I’ll give you a moment to see if you can do better. Go ahead, try it. I’m willing to bet whatever sound you just made was a better Chewbacca impression than Clarke’s.

Luckily, Clarke doesn’t play Chewie in the new film. Instead she plays Qi’ra, a mysterious love interest from Han Solo’s past.

You can see Han, Chewie, Qi’ra and more come together when “Solo: A Star Wars Story” races into theaters this Friday, May 25.