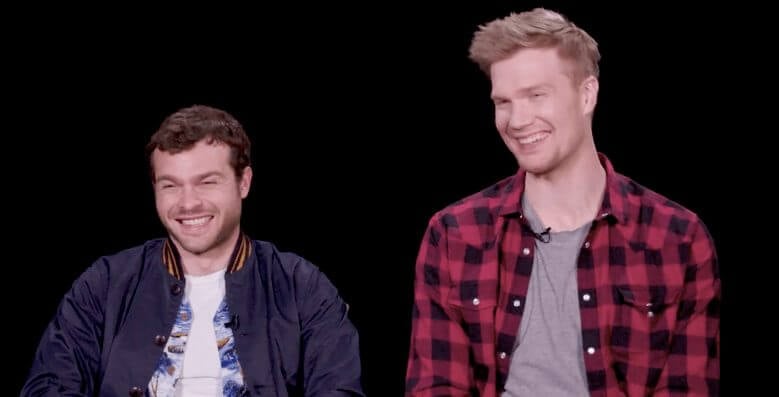 Star Wars fans are familiar with Chewbacca’s grunts and roars, even though audiences are never explicitly told what the Wookiee is saying.

In “Solo: A Star Wars Story,” Han Solo (Alden Ehrenreich) and Chewie (Joonas Suotamo) have a scene spoken in Chewbacca’s native tongue. The language, called Shyriiwook, is a hybrid of animal noises without a specific lexicon, so Ehrenreich had to make sure he repeated the same noises during each take. To play Chewbacca, Suotamo spoke his lines in English with a bit of Chewie’s signature roar, and the lines were later dubbed over in Shyriiwook.

Below, see the co-stars discuss the challenges and fun moments of learning to speak like a Wookiee.

Solo: A Star Wars Story hits theaters on May 25.